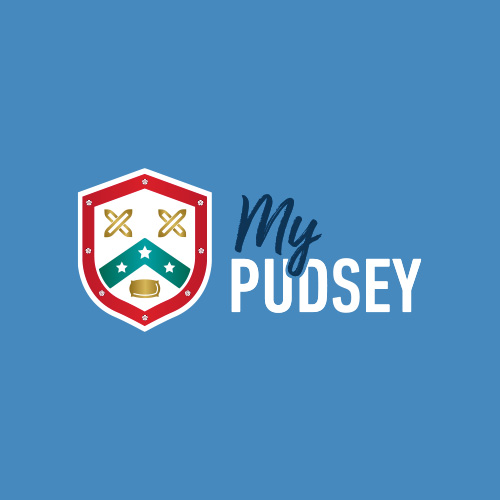 Although we as a Borough are a bit off the beaten path, and our larger neighbours usually attract the VIPs, we do have a notable string of Royal connections. Infact we have many who made the journey to Buckingham Palace to collect honours, and several of our local firms have held Royal Warrants.

The Royal family themselves have called in to Pudsey several times to meet the people of “such a loyal Borough” (The Princess Elizabeth 1949). This is how we met them and celebrated the reign of our longest serving Monarch. 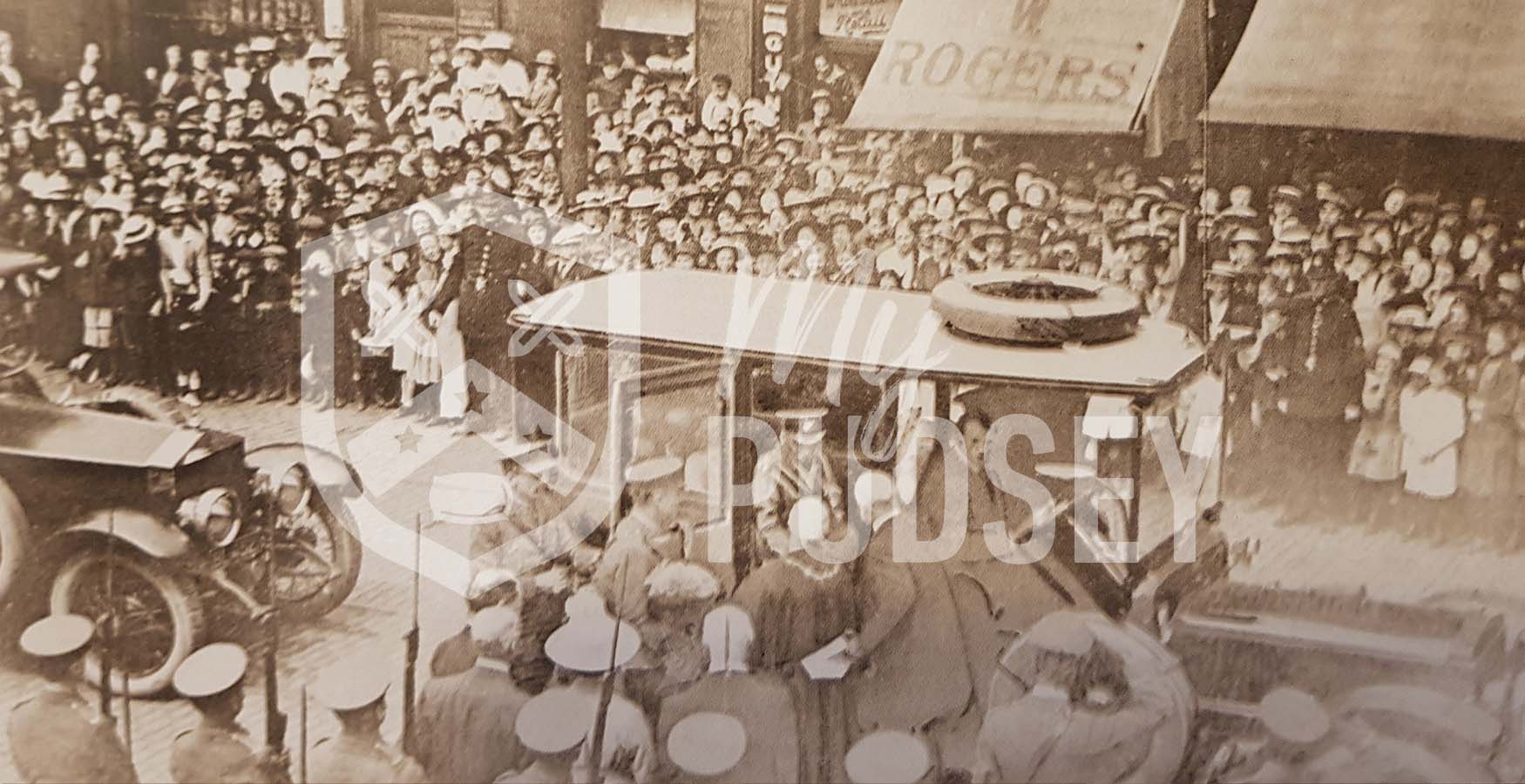 During a thank you tour of munitions factories including Phoenix Dynamo, King George V pauses at Stanningley Bottom to greet the crowd. He was received by the Mayor of Pudsey Alderman William Croft Forrest. Legend has it that that the King knighted William “Sir” Croft Forrest at that moment, as a “zealous worker for the public good”. All of the mill workers had been released for the day and a huge crowd thronged Town Street. Two Swans named George and Mary where released on to the lake at Pudsey Park to commemorate the brief visit. 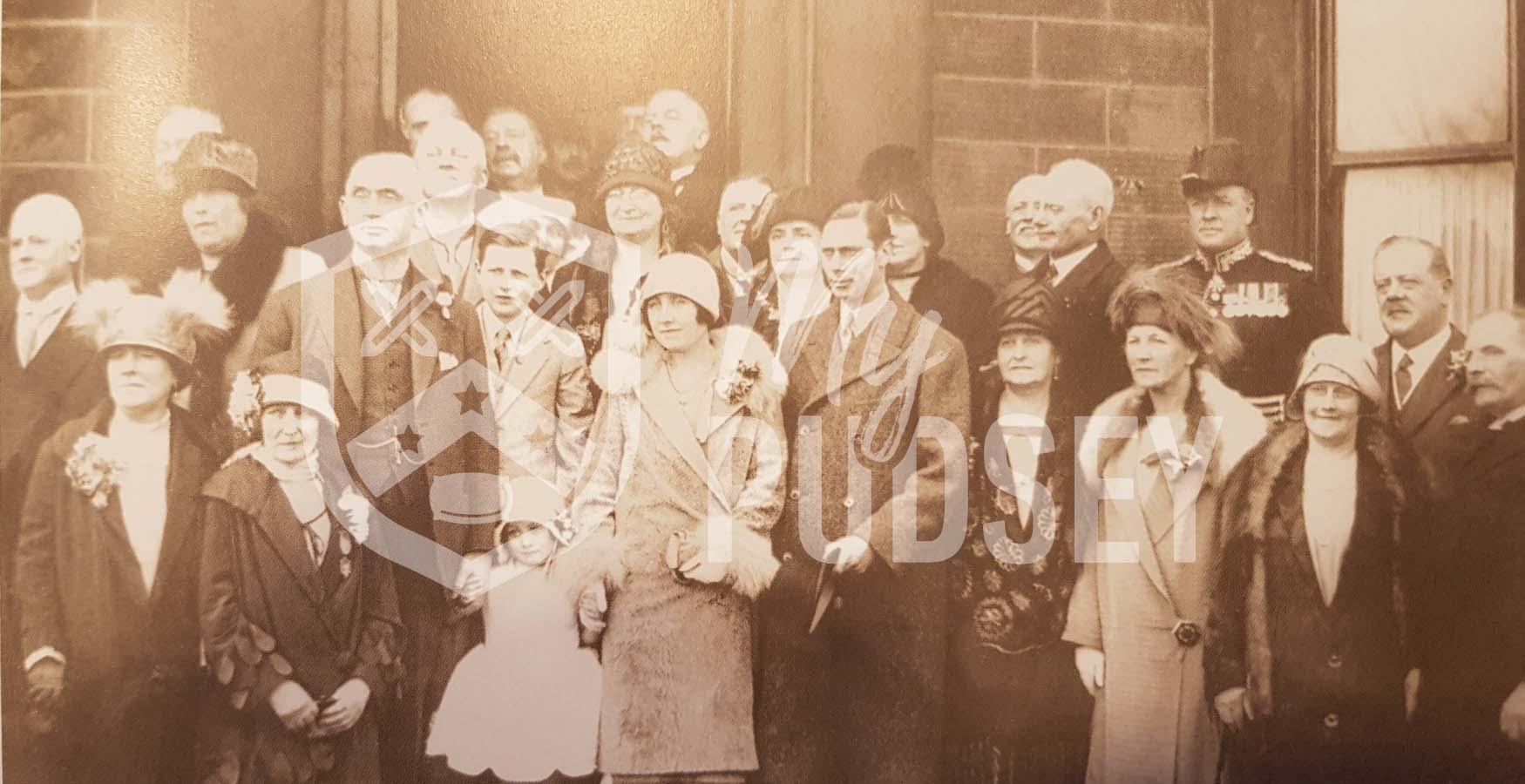 ​Our first official Royal visit was on April 24th 1928 by the young Duke and Duchess of York, later to become King George VI and Queen Elizabeth. Whilst they were here they opened the children’s play park, the St. Lawrence Maternity clinic, and also laid the foundation stone for the public baths.

After this Ceremony the school children sang the national anthem and songs selected from ‘early one morning’ ‘my own country’ ‘Jerusalem’ ‘will ye nay come back again’ ‘A Hundred pipers’ and ‘summer is coming’.

A short speech was made by the Duke (his only speech), after the clinic had been declared open by the Duchess (if you have seen the film “The Kings Speech”, this makes sense as George was still receiving coaching for his difficult public speaking). At about 3 o’clock the Duke and Duchess left for the town hall and were afterwards piloted to Batley, but promised faithfully to return one day after such a fantastic reception. 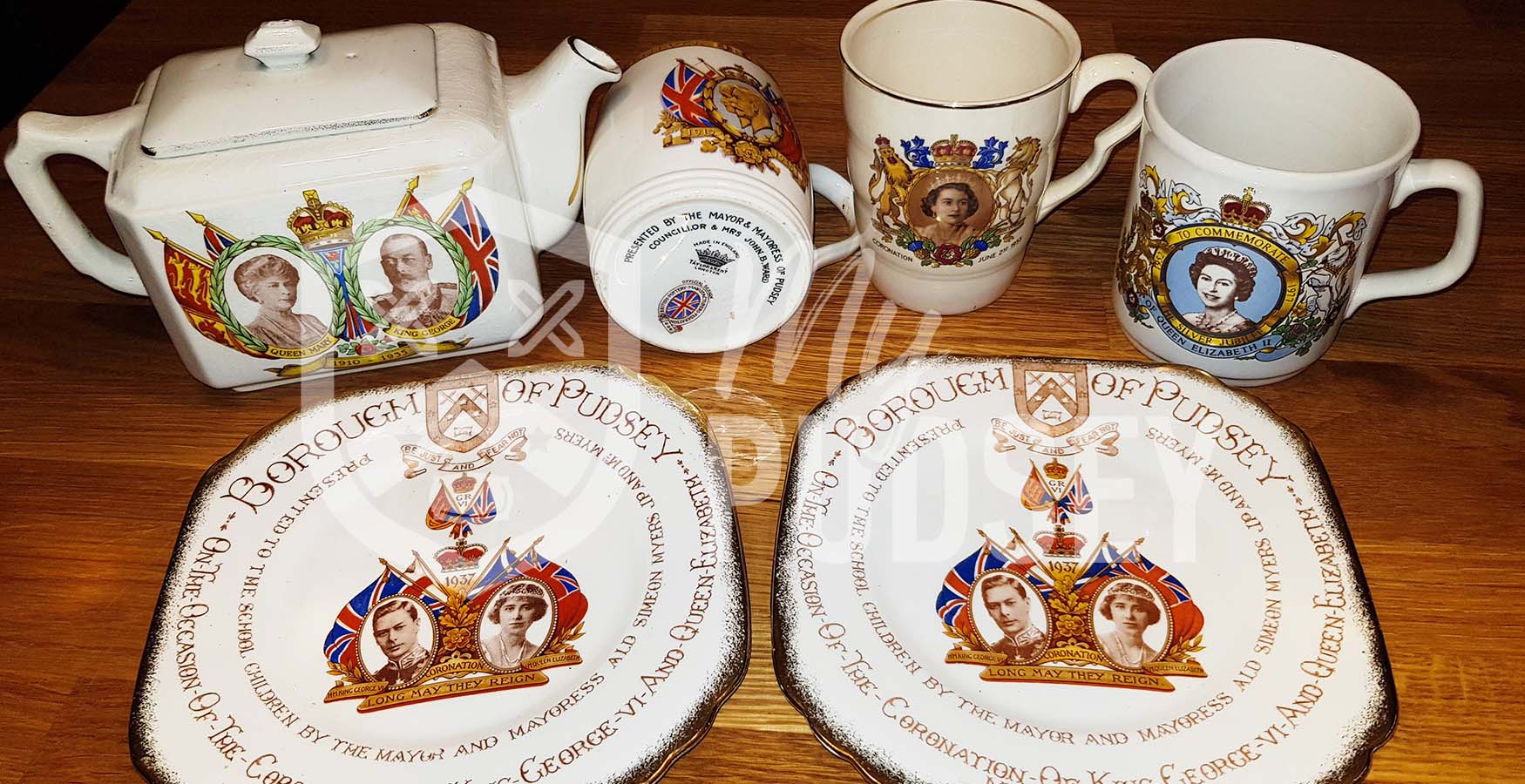 The Mayor of Pudsey Alderman Donald Vickers Hodgson receives HRH Princess Elizabeth and the Duke of Edinburgh. The Princess Elizabeth now 22 honouring the promise made 21 years earlier by her now gravely ill father. The visit also coincided with the anniversary of the Borough’s 50th year of the Charter of incorporation.

A buoyant crowd greeted the couple in bright sunshine, the (old) market place was a waving mass of colour.

The Princess thanked the Mayor and said that there was nowhere, not even in the West Riding, was a place where they felt more certain of a warm welcome than in Pudsey.

The Royal couple each planted a tree in Pudsey park; an Acer Negunda Variegated Maple, and a Catalpa Syringifolia, stating “We shall each plant a tree to commemorate our visit this afternoon and we hope they will flourish as they should in such a loyal Borough”.

Afterwards whenever Pudsey was mentioned around Prince Philip his eyes would light up and he would start talking about our marvellous cricketers. 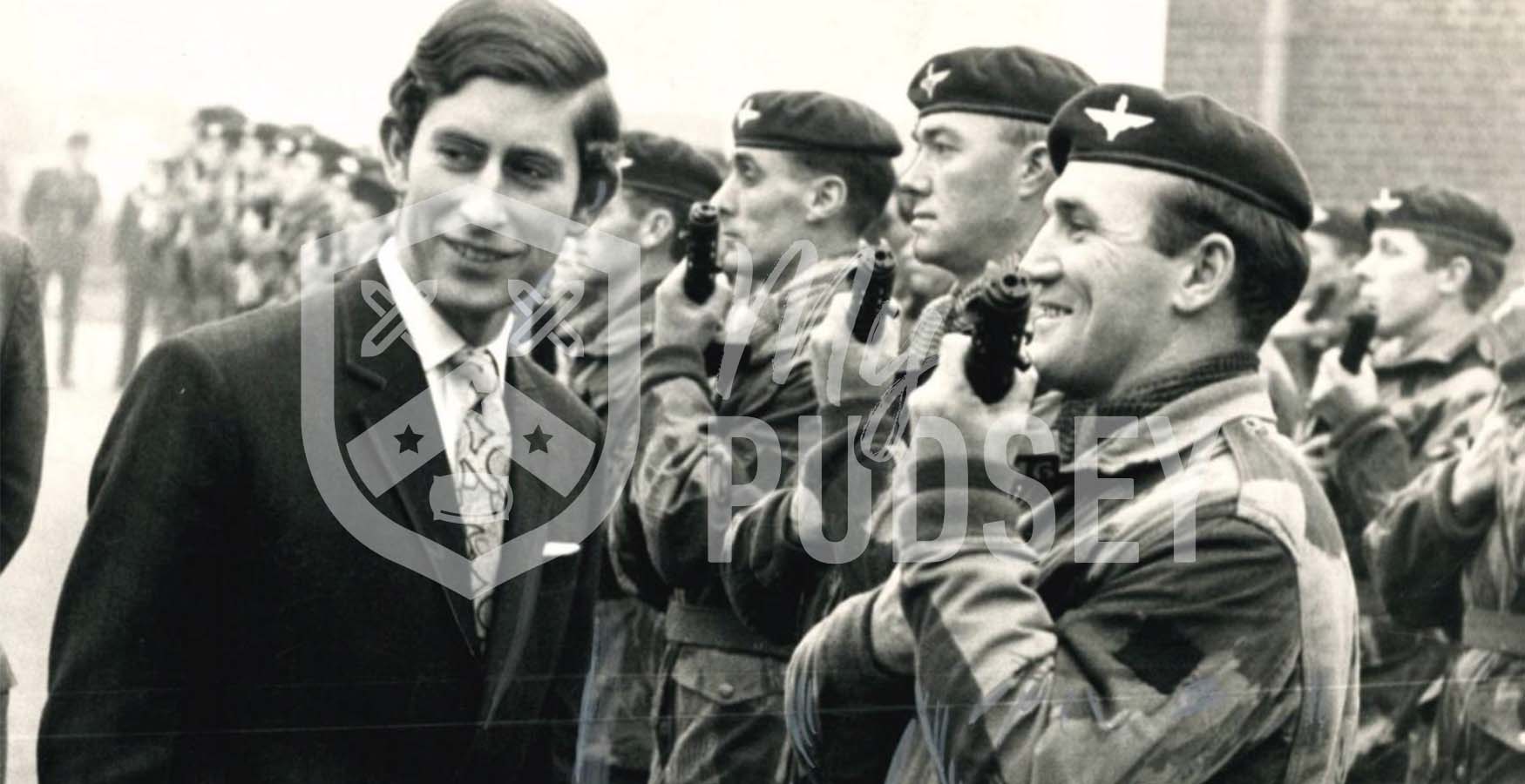 Prince Charles finally made his first visit to the district. He called in at Thornbury Barracks, where he was greeted by the 4th (Volunteer) Battalion of the Parachute Regiment. This was to be the first of several visits to 4 Para at Thornbury and the start of his association with the Regiment.

Prince Charles later became Colonel in Chief of The Parachute Regiment in 1977 and joined in a Parachute Training Course the following year at RAF Brize Norton. The Regiment itself was formed in 1942 and earned its nickname of ‘The Red Devils’ from German soldiers in North Africa. 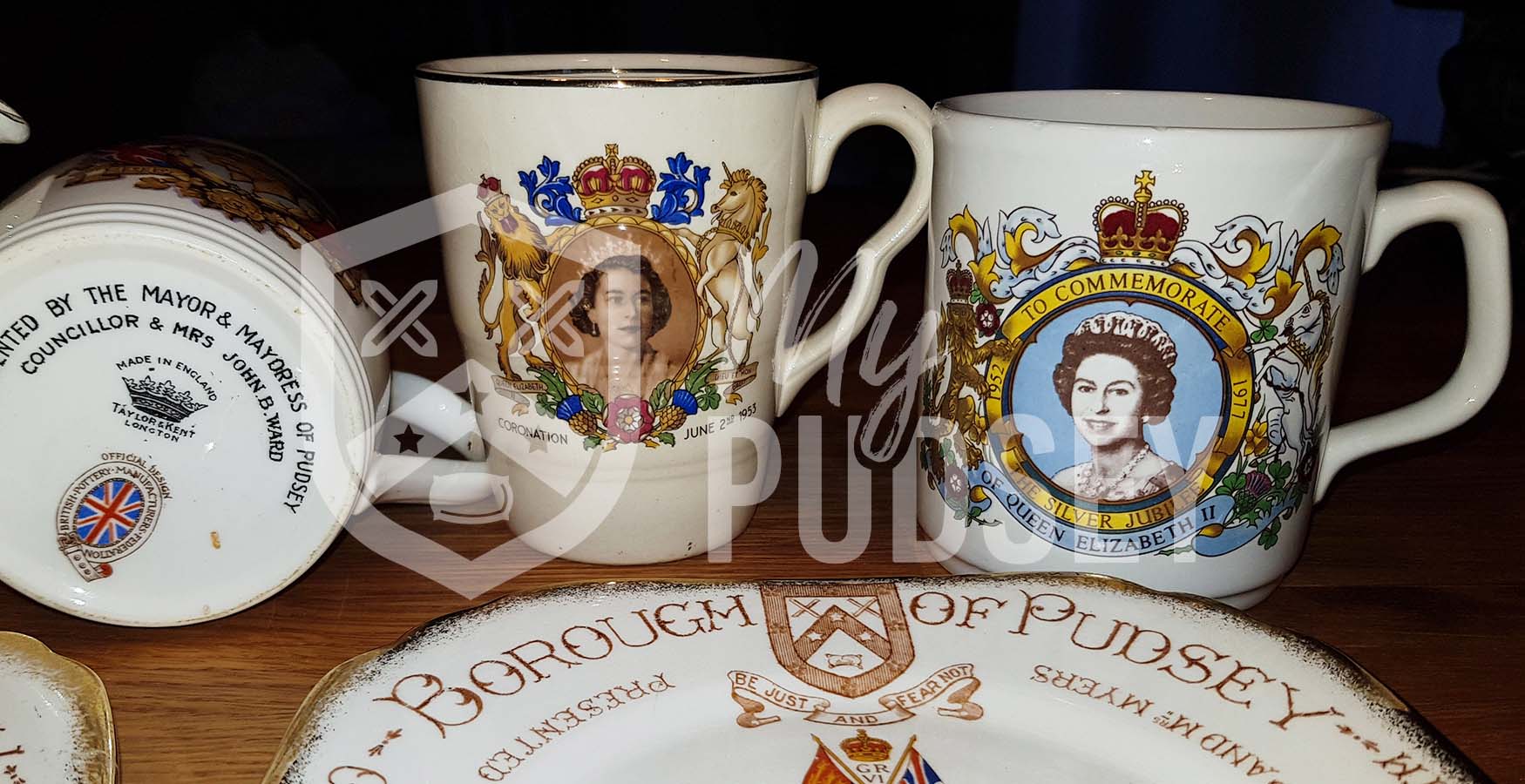 Prince Charles whilst on a visit to Bradford once again toured the TA centre at Thornbury Barracks, and greets the 4th (Volunteer) Battalion of the Parachute Regiment as their Colonel in Chief.

Diana, Princess of Wales visits the National Breakdown Recovery HQ (later Green Flag) at Dawsons Corner. She makes a great impression on all who met her, its a shame we never got her back here again. 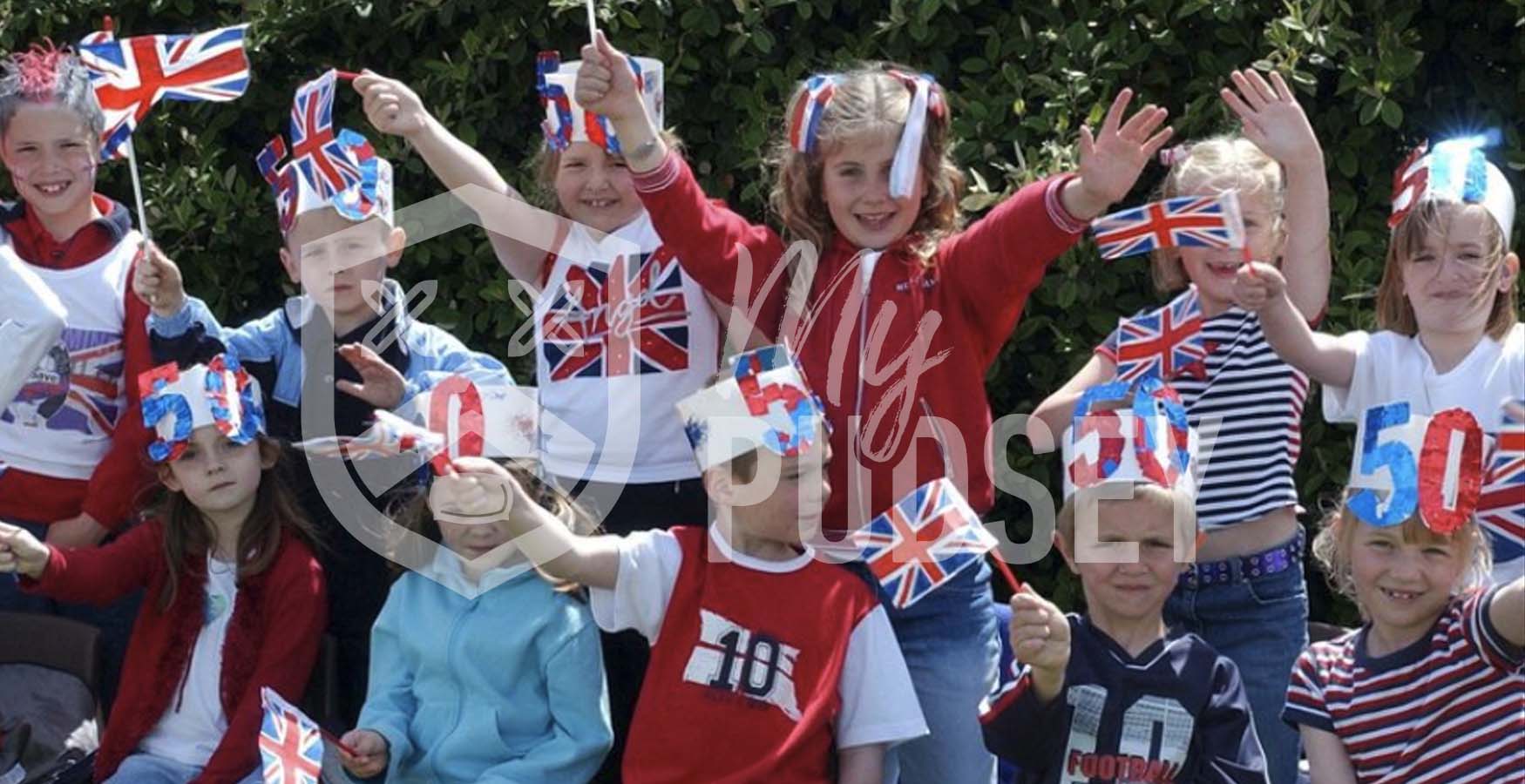 This was great fun, especially on Pudsey Carnival with its Jubilee theme as reported in the Yorkshire Evening Post.

For 2022 I think Pudsey is already setting up a tremendous celebration for the Platinum Jubilee of our much treasured Queen Elizabeth II. The Silver Jubilee of 1977 left a big impression on me and I hope that this weekends festivities leave you all with lifelong happy memories of our amazing Town and Nation.

God save the Queen!

What better way to spend the Jubilee Bank Holiday weekend than visiting some fine establishments and taking part in some fantastic events. We've collated a list below to help you pack your weekend.

Are you Queen Elizabeth’s number one fan? Think you know everything there is to know about The Monarchy? Put your knowledge to the test in our quiz. 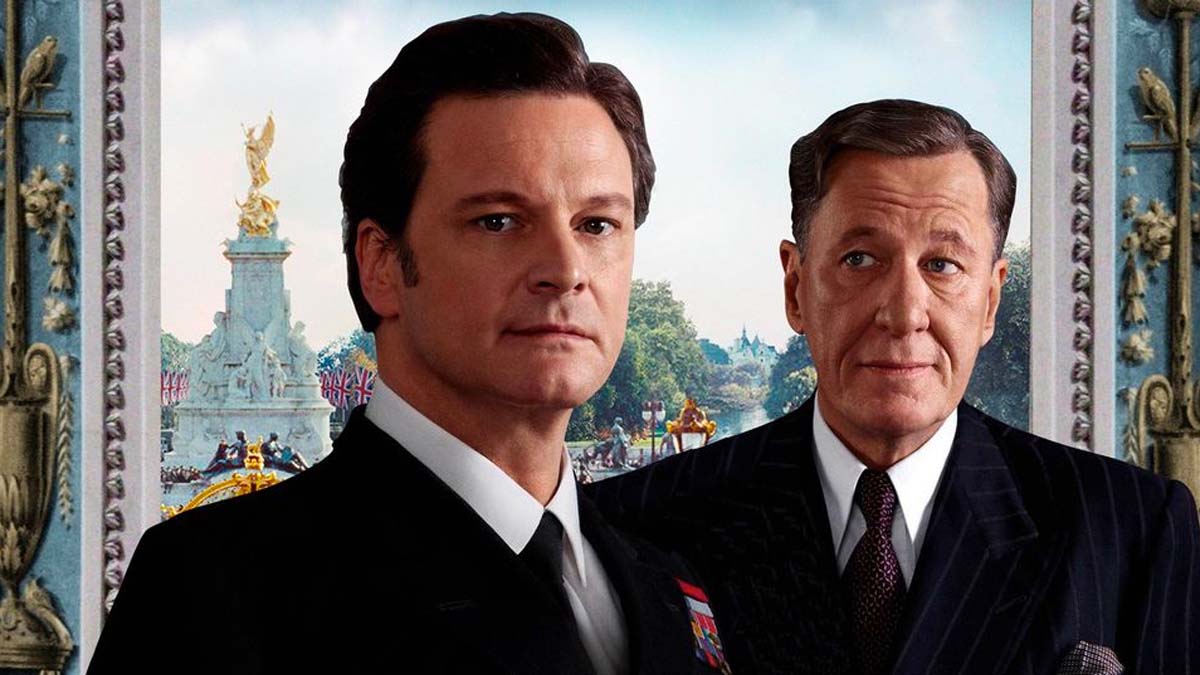 Formally he was His Highness Prince Albert of York; within the family he was known informally as "Bertie".

How old would Princess Diana have been this year 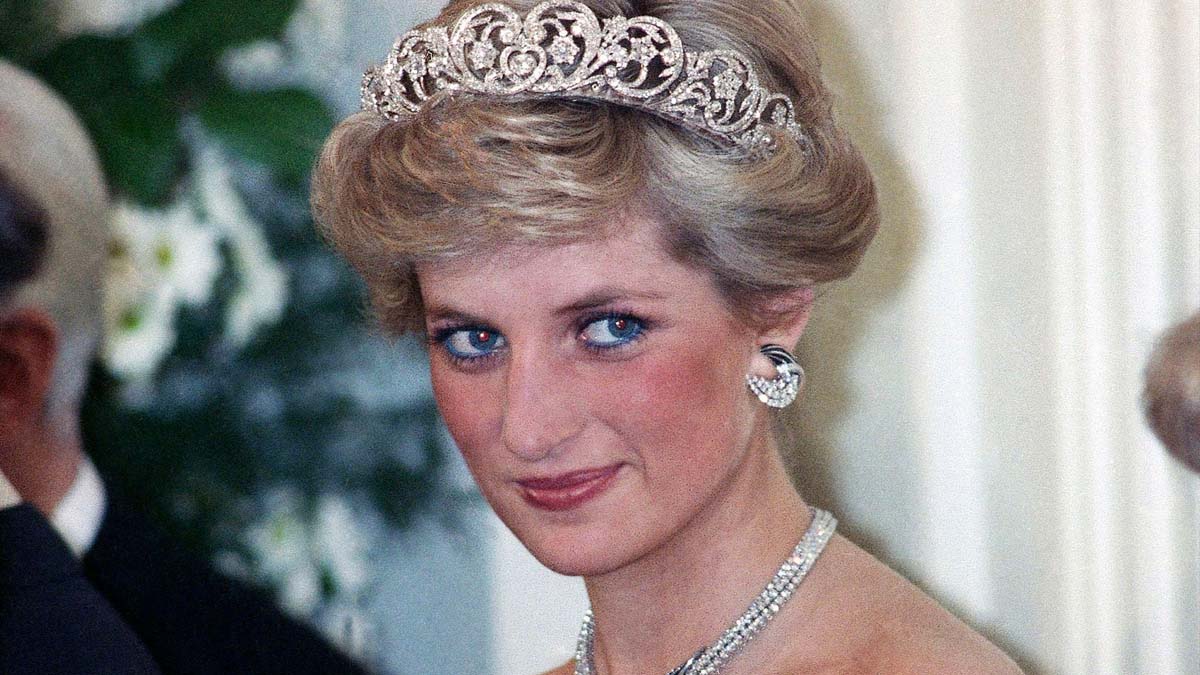 The current Rt Hon Earl of Harewood is a minor Royal and inline for the throne, but how far away from wearing the Crown is he? 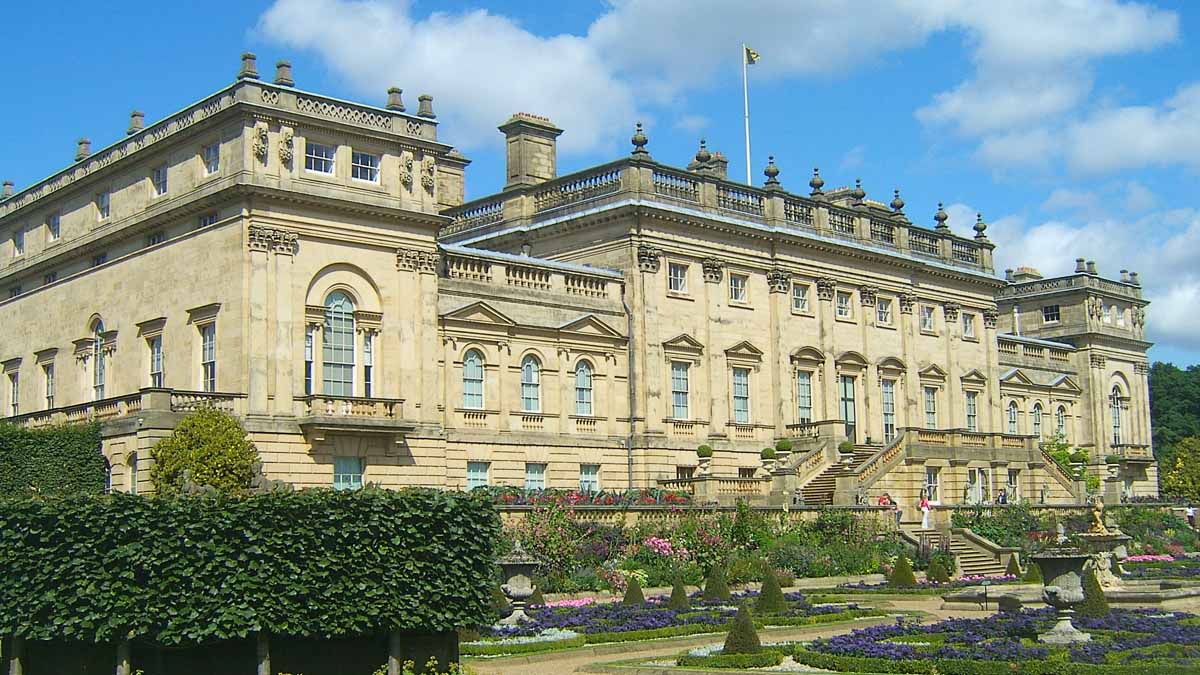 David Henry George Lascelles, 8th Earl of Harewood (born 21 October 1950), is a British hereditary peer and film and television producer. He is a first cousin, once removed, of Queen Elizabeth II, a great-grandson of King George V and is 64th in line to the British throne. 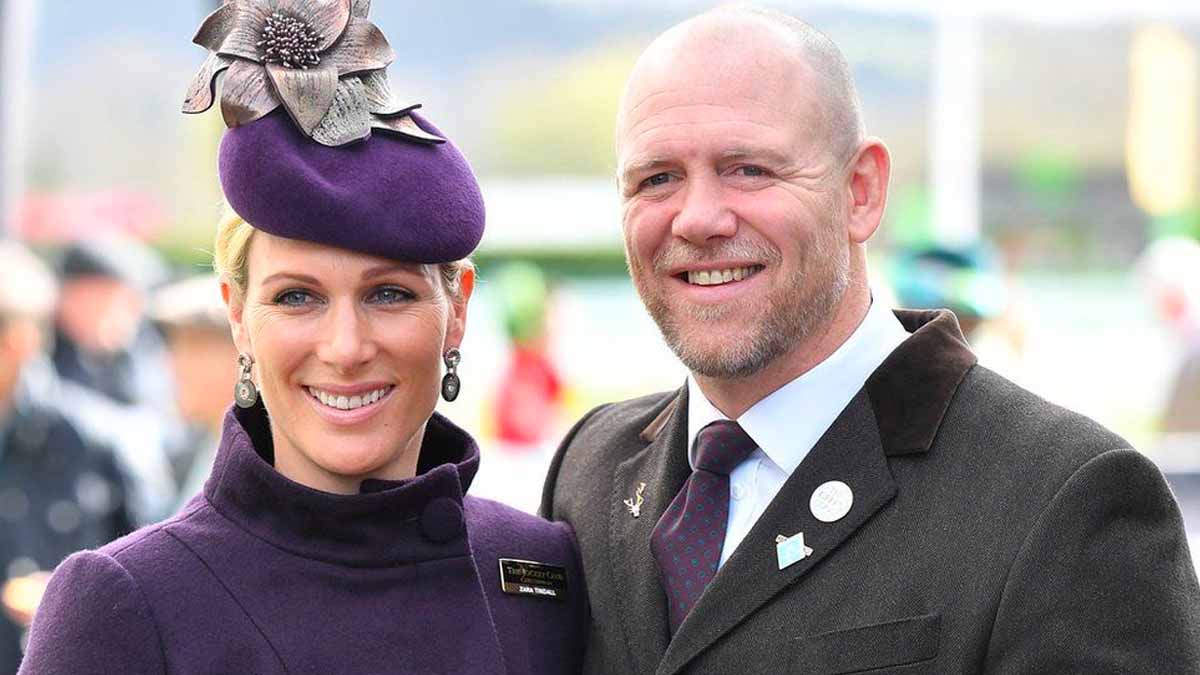 As a member of the Great Britain Eventing Team, she won a silver medal at the 2012 Summer Olympics in the Equestrian event, presented to her by her mother.

Prince Charles has made cameo appearances in which TV Soaps? 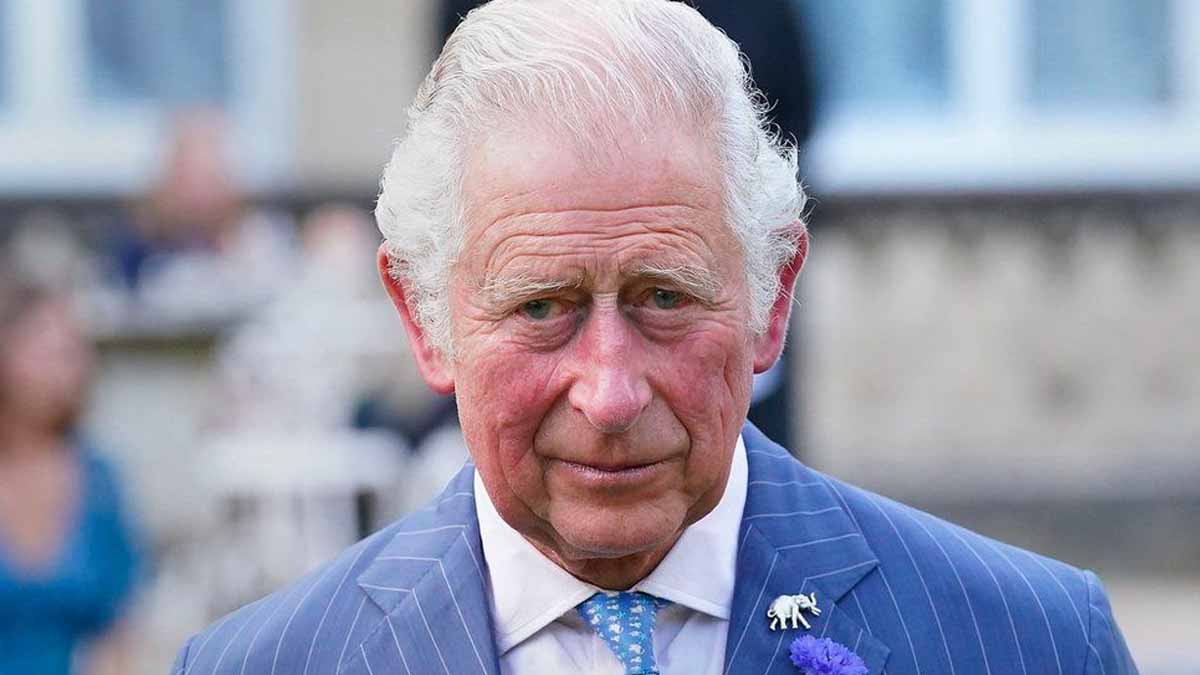 Charles appeared briefly in Coronation Street 's live episode broadcast on the 8th December 2000 for the programme's fortieth anniversary and is set to appear on Eastenders with wife Camilla, this month.

"I'm as British as Queen Victoria" - "So your fathers a German, you're half German and you married a German?" Is a quote from which classic comedy? 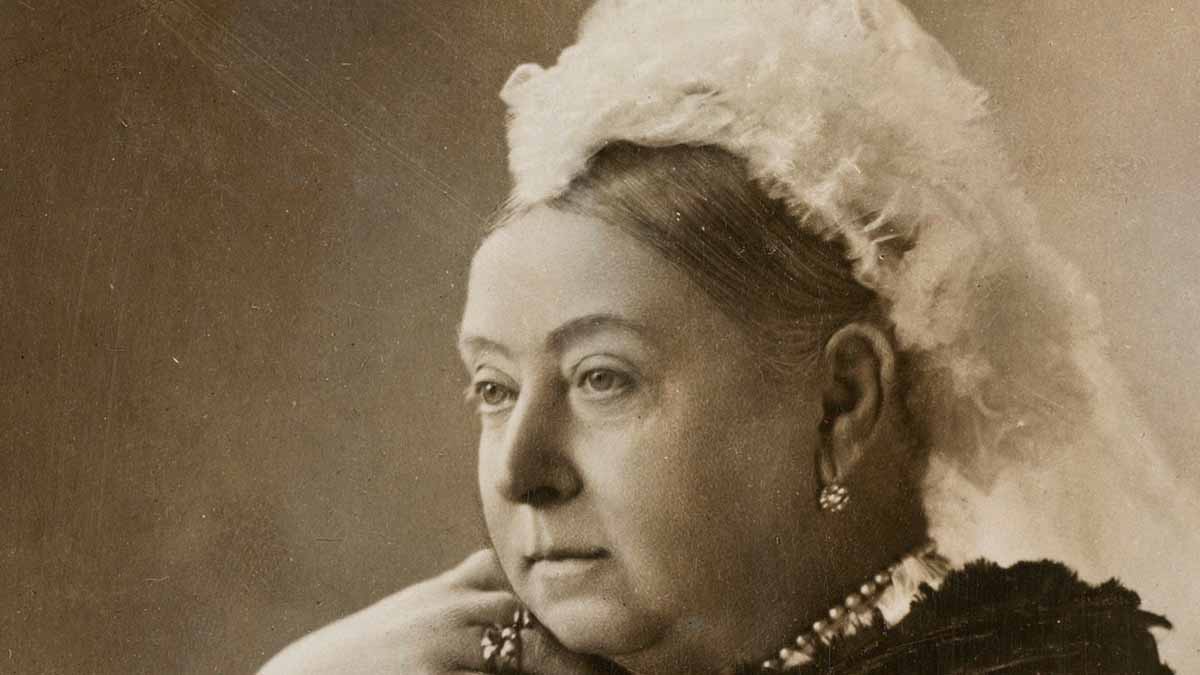 Dad's Army
Till Death us do part
Blackadder goes Forth

This exchange was part of series 4 of Blackadder, Blackadder Goes Forth. Blackadder at the time was interviewing Captain Darling, who was suspected of being a German spy.