Damon’s history of Pudsey – Part 1 – Where it began

Every month we’re running a blog post dedicated to the history of our town, MyPudsey founder and local historian Damon Sugden is here to tell you more about how Pudsey came to be and some fascinating bits of information that you simply will not find anywhere else but MyPudsey. Read on to find out more about how the Township was developed. 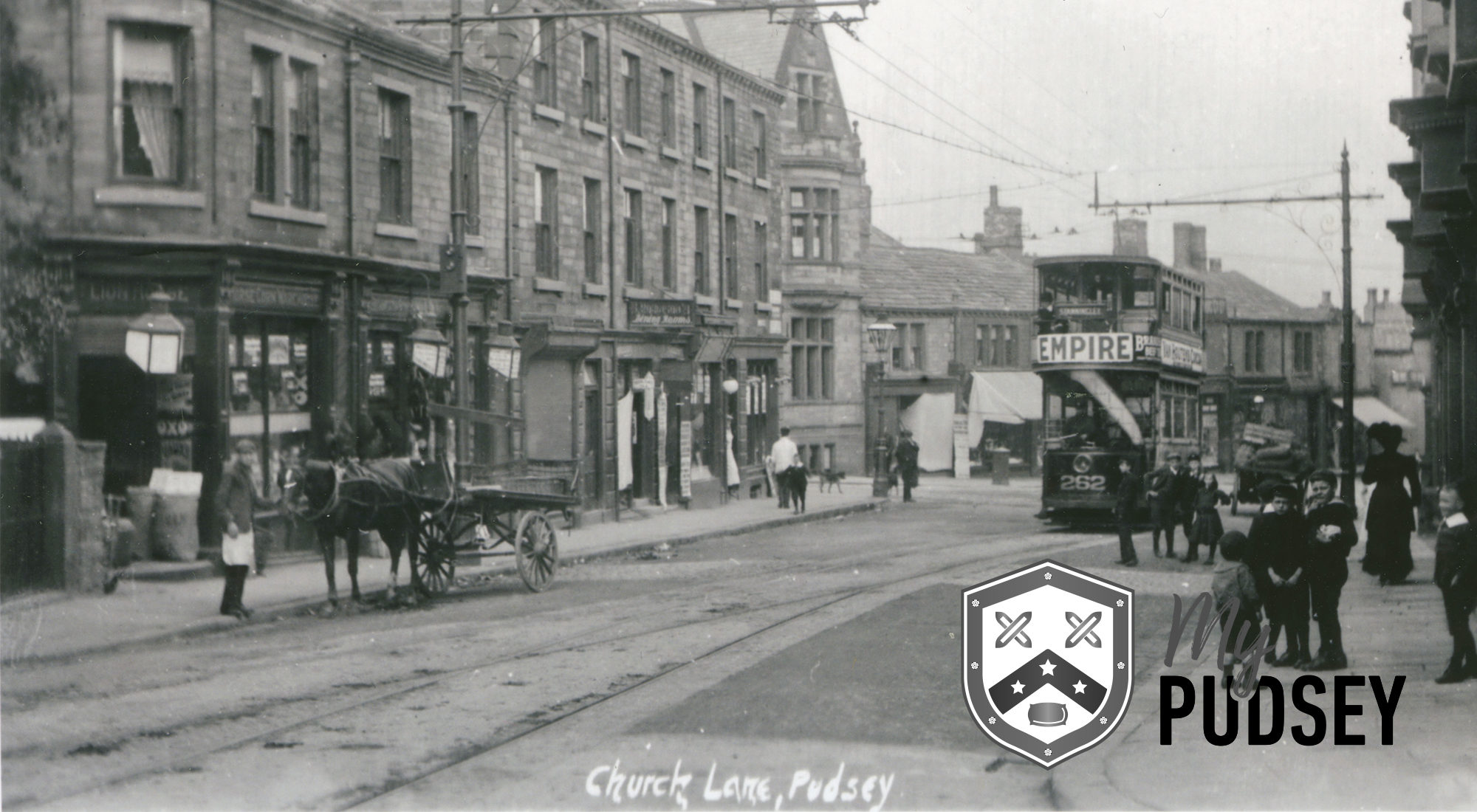 Pudsey has numerous interesting facts, incidents and people as part of its proud history. This is a brief introduction to help familiarise yourself with how the Township has developed, including the things we are probably best known for – Textile Mills and Cricket. This is written from a local perspective referencing several fascinating works by Pudsey Historians (see bibliography at the end of this series).

Pudsey as an inhabited area traces its origins past the Domesday Book and Norman invasion of 1066, back to the Pre-Saxon days of the Kingdom of Elmet which stretched from Sherburn in the east to Keighley and Halifax in the west. Pudsey was situated in the administrative Wapentake of Morley (Wapentake; from the Old Norse vápnatak, first referred to in 962/963 an administrative division of the English counties of York, Lincoln, Leicester, Nottingham, Derby, and Rutland).

The oldest known record of this township of Pudsey is in the reign of King Edward the Confessor (1041-1066). The land estimated at about 800 acres, was owned by two powerful Saxon thanes; Dunstan and Stainwulf, and that the rateable value was forty shillings (a considerable sum in those days. Calverley and Farsley was 20 shillings, Leeds was only rated at six pounds).

After the Norman Conquest and subsequent harrying of the North where local rebellious Saxons were put in their place, William the Conqueror commissioned the Domesday survey of his new lands, this is Pudsey’s entry:

“In Podechcsaic [Pudsey] Dunstan and Stainulf had eight carucates of land to be taxed, where there may be four ploughs. Ilbert now has it, but it is waste*. Value in King Edward’s time; forty shillings. Wood pasture half-a-mile long and half broad.”

So what does this tell us about early Pudsey, almost starting again from scratch – the boundary of the original Saxon Manor was retained, as part of the larger Calverley/Tyersal/Pudsey estate. This was granted to a powerful Norman lord named Ilbert D’Lacy as was most of the West Riding and parts of Lancashire.

Workable pastureland had been reduced, probably due to the people working that land fleeing for their lives. *However the term “waste” is commonly used in the Middle Ages to mean open or free grazing land – pigs, sheep or cattle would be seen roaming the waste. It doesn’t necessarily mean that the land was waste and therefore of no value, as we would use the term today. Also it may have been an early form of tax evasion – by declaring the land to be less productive than expected the land owner would be levied for lower taxes by the King!

The Manor had many important resources in its favour: Plentiful clean spring water, timber and coal, large areas of grazing land and sufficient farmable land to support a growing population.

The natural springs and a lack of drainage caused some areas to be really marshy, that water would play a key part in the towns industrial future though.

Pudsey’s new landlord Ilbert de Lacy fought at William’s side at Hastings and was a major participant in the Harrying of the North (1069–70) which ended the quasi-independence of the region, and replaced local Anglo-Danish lords with Normans such as himself. Ilbert felt the need to build Pontefract Castle to defend his new lands and dominate the unruly locals.

The Manor of Calverley of which Pudsey is a sub-manor, was subsequently passed on to de Lacy supporters the Scot family who soon changed their family name to Calverley to fit their new home. The local Parish was established around St. Wilfrids (est. 1134), and both Church tithes and land rents were returned from Pudsey back to Calverley.

Pudsey started out life as a group of interlinked hamlets – Owlcotes, Waver Green, Crimbles, Greenside, Littlemoor and others were groups of dwellings with their own waste – common grazing and strip fields joined by rough tracks. To supplement their meagre income and increase the amount of farm land they could rent, local people began to spin their own wool and weave their own textiles, despite much of the local cloth trade being monopolised by the Abbots of Kirkstall Abbey (founded 1152).

The hamlet of Owlcotes had an early influence on the Town’s future direction by being the first to adopt leather tanning. With its spring water, grazing land and plentiful bark from Wood Nook used in the tanning process, Owlcotes had its own cottage industry for nearly 8 centuries and this experience was to be exploited later during the industrial revolution.

This way of life continued without much change through the Black Death of 1349, the 100 Years War 1337-1453, even the famous Wars of the Roses that saw a major battle at nearby Towton in 1461. Until the Dissolution of the Monasteries (1536-41) broke their virtual monopoly on the wool and cloth trade, opening up more opportunities for ordinary people to trade and prosper from their own hard work.

One item of individuality afforded to the citizens of Pudsey during this time was its own “Chapel of Ease” – the people were expected to attend Sunday Mass at the Parish Church of St Wilfrids Calverley, that meant a long muddy trek over Owlcotes and down Priesthorpe Lane, in all weathers. The short cut over Calverley Moor was haunted by thieves and muggers. Those not capable of making the arduous journey were allowed to attend Mass instead the purpose built Chapel of Ease in Chapeltown – therefore fulfilling their legal obligation to attend Church. The spot where the Chapel was built (its foundations are still under the Cenotaph), lent the area the name “Chapeltown”. The Chapel had its own crypt and consecrated burial ground which was in use from the early middle ages up until the early 19th Century – over time there was a lot of people buried in a very small area!

Ive been an exec member of Pudsey & District Civic Society since 2014, also founder of The Friends of Pudsey Cemetery & Chapel and the research project www.pudseycenotaph.co.uk. Please support the Civic Society to help preserve and build our amazing heritage: info@panddcs.com

A note of thanks to everyone at P&DCS for their hard work and dedication to the cause.

My views on historical relevance and events are my own, please remember we all see the world
through our own eyes and opinions as such can differ.