Every month we’re running a blog post dedicated to the history of our town, MyPudsey founder and local historian Damon Sugden is here to tell you more about how Pudsey came to be and some fascinating bits of information that you simply will not find anywhere else but MyPudsey. Read on to find out more about how the Township was developed. 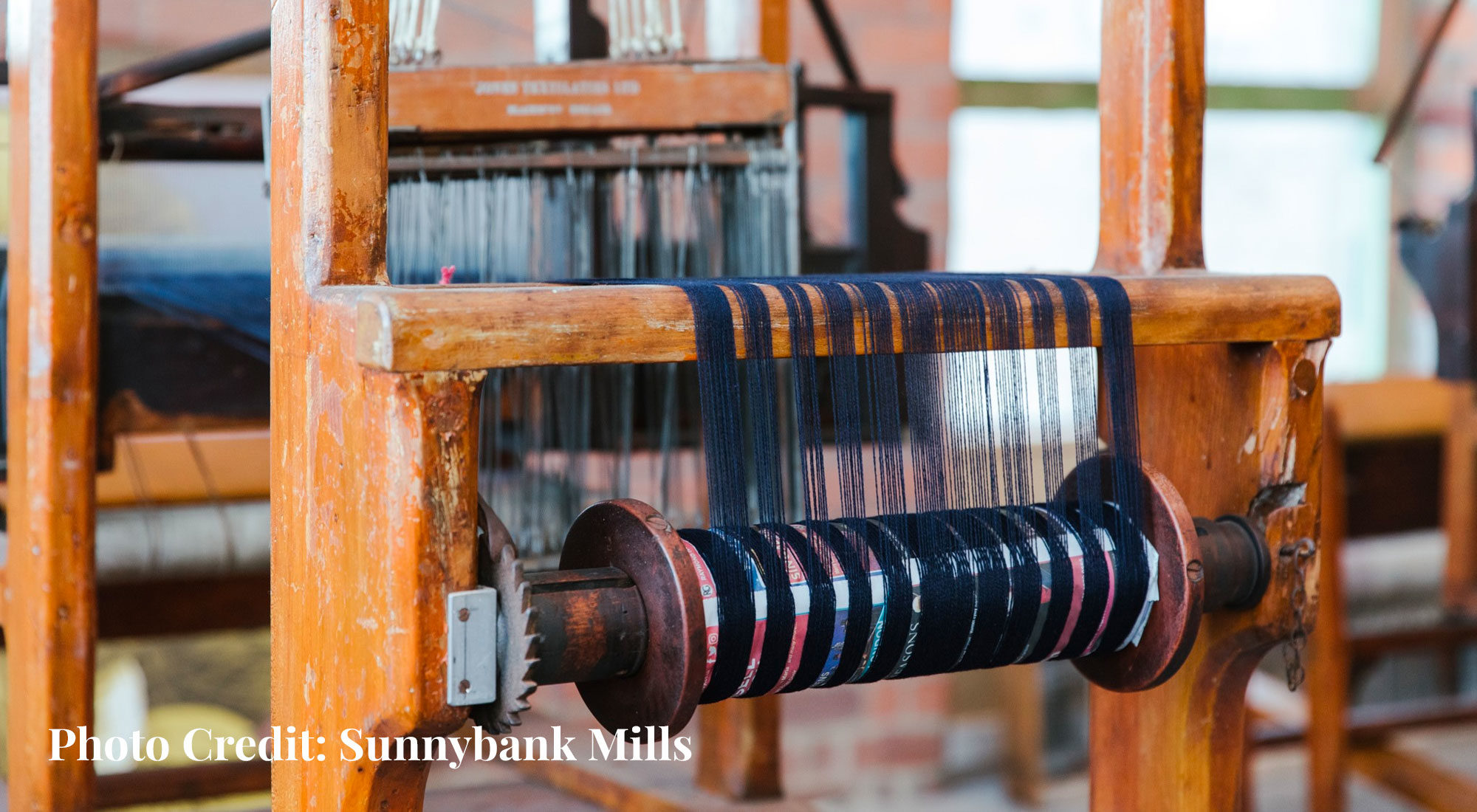 The industry is firmly established in our local records from the 16th Century, with the work being carried out in peoples homes. Evidence of this can be seen from the spindle holes in the stone doorways of places like Hammerton Fold (now Booths yard). Woollen textile manufacture goes on to become the main source of income for two thirds of Pudsey townsfolk from 1700 onwards.

Pudsey was part of the Coloured Cloth Region supplying directly to the economically important Leeds Coloured Cloth Trade, and also as far away as London. This export trade would steadily grow to become a significant global concern. Of the 15 towns supplying the textile markets of Leeds, Bradford and Halifax – Pudsey was considered to be the main manufacturer.

Our textile weavers began to change the layout of their houses to dedicate more floor space to larger weaving looms. There are still good examples of these such as the three storey Garrat houses of Roker Lane where the top two floors were given over to the looms and spinning. Eventually this work became less family orientated; the home also becomes a commercial work space with employees leaving by a separate door. The demand for living space also resulted in the building of back to back terraces for hand loom weavers such as “Huggan Row” at Lowtown. Built by Thomas and William Huggan, William worked tirelessly for better social welfare and his family become very influential in Town affairs.

The boom in wool processing created a high demand for the chemicals required to clean and scrub the fleeces. This was supplied by the Pudsey “Drysalters” who were the first to really make the decent money from the industry, and therefore could afford a good education. As a sideline in their chemical and tincture supply they went on to become the town Doctors and Surgeons. The most famous probably being William Hey (23 August 1736 – 23 March 1819), who helped found Leeds General Infirmary in 1776 and served as Mayor of Leeds in 1787–88 and 1802–03.

For those less fortunate a few pennies could be made from selling your “old wesh” (from the chamber pot) or collecting dung – all produced the ammonia required for cleaning fleeces.

As the Industrial Revolution arrived, dedicated textile mills were built in the township from 1792 onwards. A total of 32 textile mills were built and operated within the current Ward boundaries, the last opening in 1962. This started to change peoples ways of working – the skills learned in the home based businesses quickly transfer to the mills.

This also required a large local supply and distribution infrastructure and helped bring the Railway directly into Pudsey. The textile mills became the main source of employment in the town for well over a century.

Some of our notable textile mills were:

The Town’s Coat of Arms, commissioned in 1900 to coincide with the granting of its Borough status features the Woolsack and a pair of crossed shuttles, reflecting its long held and globally recognised textile traditions.

The Woolsack is the seat of the Lord Speaker in the House of Lords. The tradition of the Woolsack dates back to the reign of Edward III when the wool trade was one of the most important parts of the economy. The currently used Woolsack was a gift from the textile traders of Pudsey.

Currently we have one of the original mills still operational in Stanningley, and exporting the highest quality material worldwide: AW Hainsworths hold a Royal Warrant and supply uniform cloth for both the Royal Family and the Guards Regiments of the Army Find out more: https://www.awhainsworth.co.uk/