Following on from our Pudsey Pubs blog series, Part 2 of this blog features the fascinating Pubs that are now only a memory. Some have called time recently, others have almost slipped out of mind. There are a lot of pubs here still fondly remembered and sadly missed by those that knew them best. We used to be spoilt for choice with our lively pub culture, so it’s important to support what we still have left to enjoy. 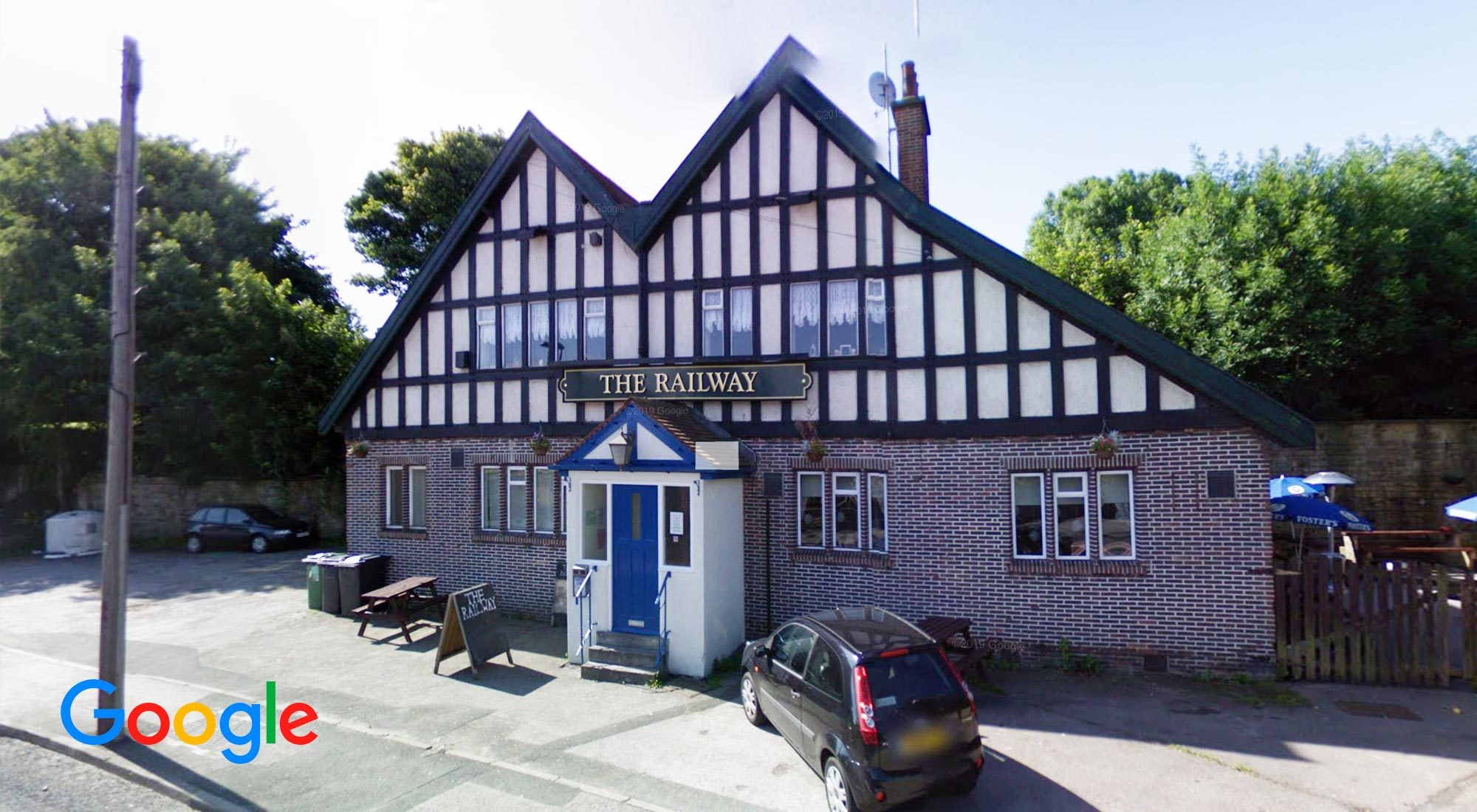 The Railway pub was oddly mis-named as the actual railway line through Pudsey was much further up Robin Lane from the pubs location on the bend at Littlemoor. Its naming harks back to 1844 and very ambitious plans to bring a branch line over the valley from Drighlington.

The terminating station was planned for the corner at Littlemoor / Valley Road top. Enterprising maltster Ben Troughton decided to get ahead of the competition and built and opened the Inn before the plan was actually approved. Ben lived with his family in the pub up until 1857, the official railway didn’t finally turn up until 1877 and terminated at Greenside! (see my blog about The Royal Hotel). Even still the pub remained in the ownership of Ben’s descendants until 1936 .

The first photo shows the original pub building, this was taken circa 1917 and features 3 serving members of the West Yorkshire Regiment, possibly Bradford Pals going by their uniforms (a decent number of Pudsey lads had found their way into the two Bradford volunteer Battalions), and a child on donkey – we don’t know if the pub was offering beach style donkey rides though.

After 1936 the pub was acquired Thomas Ramsdens & Sons and they decided to replace the original building with the one can still see today (second photo), with its double gable effect roof and mock tudor beamed frontage (their architect was also responsible for the Farmers Arms at Thornbury).

Despite its slightly off-piste location the Railway remained a popular venue and was noted as an occasional haunt of Leeds Utd legends Billy Bremner and Jack Charlton.

Sadly a fairly recent casualty to the decline of our pub trade, the Railway closed its doors in March 2012. 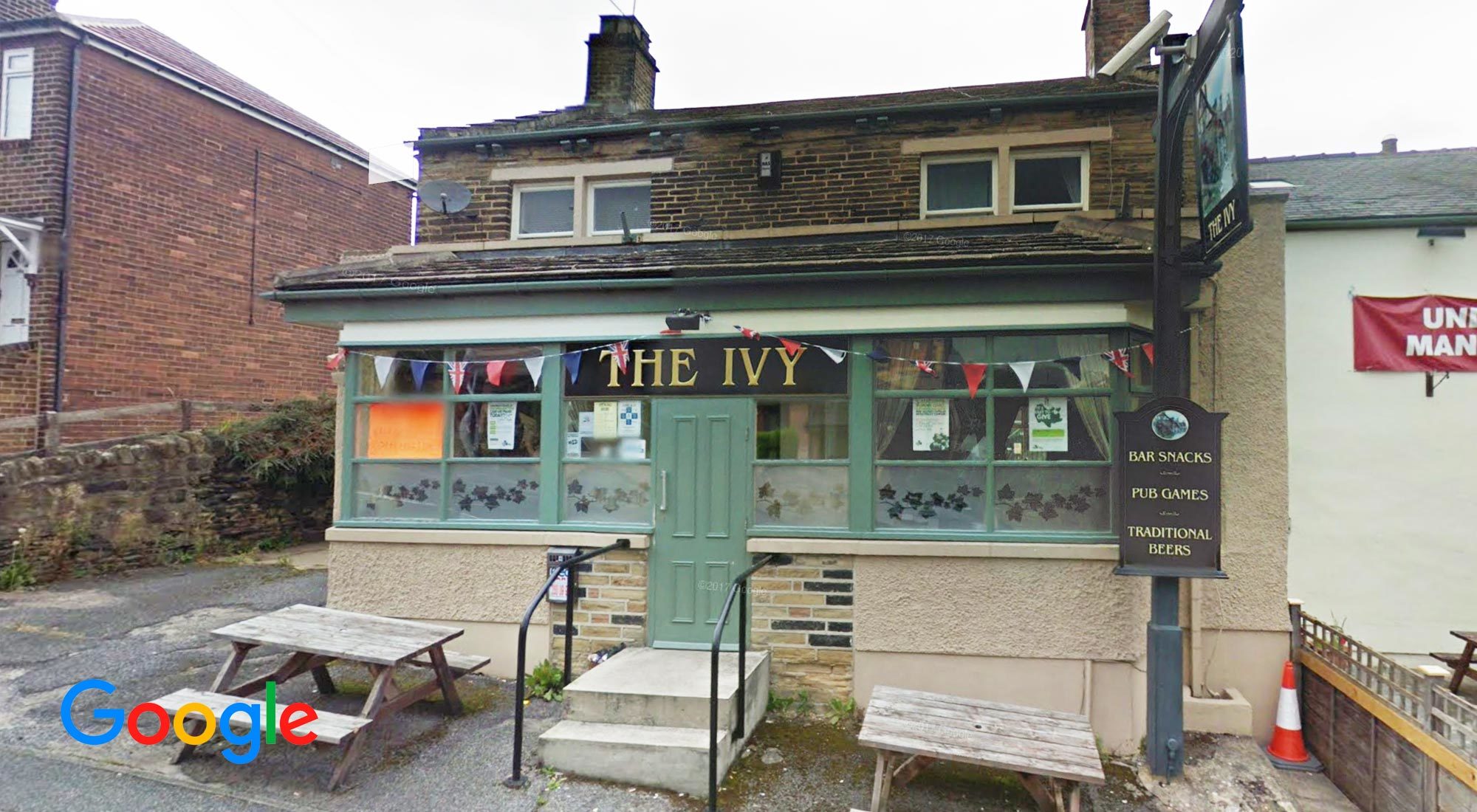 A popular pub situated halfway down Valley Road. Formerly a clothiers house built around 1820, it would have had an external flight of stairs to the weaving chamber on the top floor. Back then though Valley Road was known as Workhouse Lane.

The weavers cottage was transformed into a pub in the 1860’s to serve the thirsty workers of the expanding local mills. The Ivy was subject to an inspection in 1908 and was found to “take a sovereign before breakfast from men leaving the mills who have been working all night”.

Like several other of our pubs, the Ivy originally had electric bell pushes and its own bowling green out the back. It was modernised by Bentley’s in 1927 adding the double bay at the front. Bentley’s also brought in Benny Roundhill and his family to run the Ivy which they managed up until 1986.

The Ivy was always regarded as a compact and friendly pub in the heart of its community. However despite being acquired by brewing giants Marstons, the Ivy closed for good in 2018. 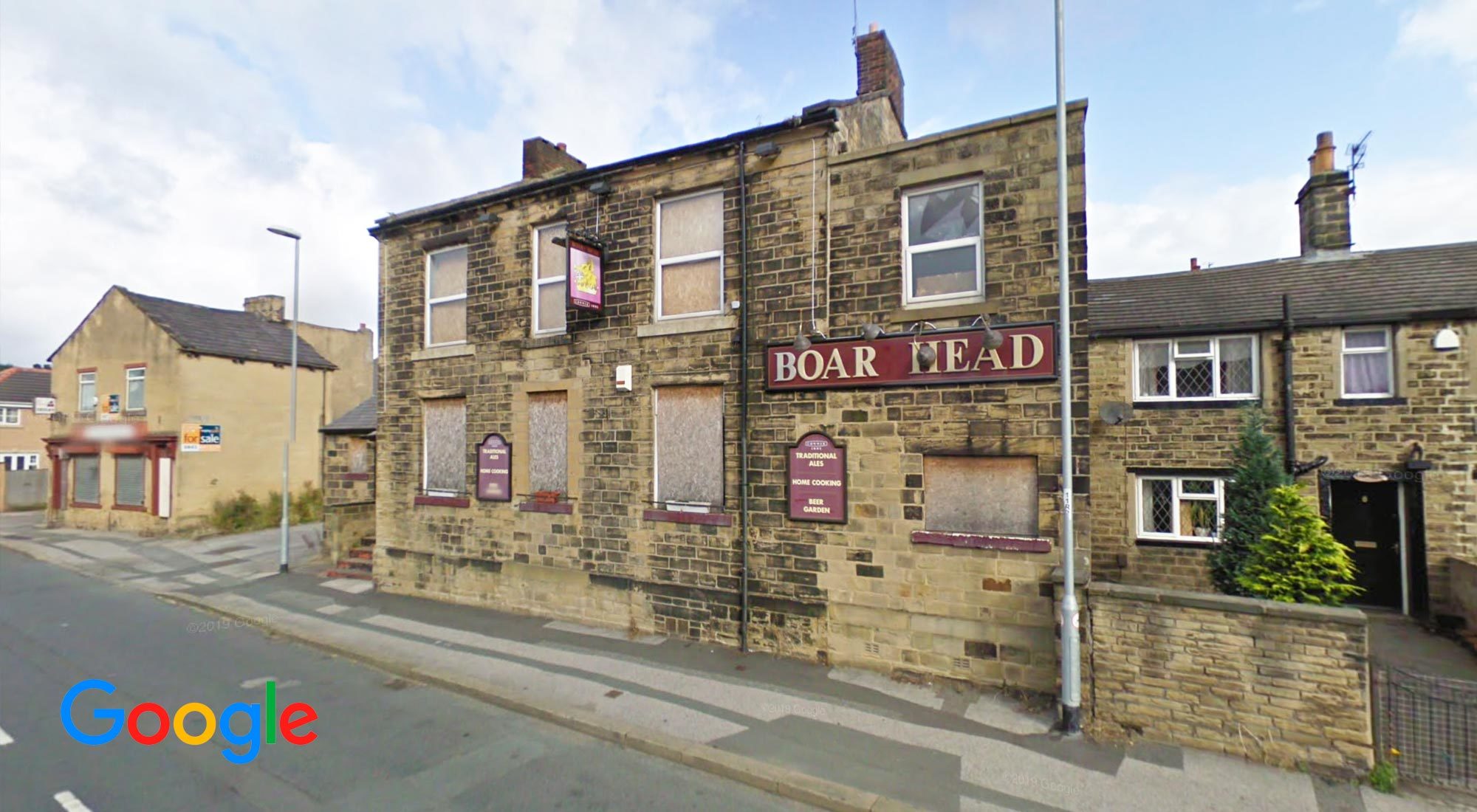 The Boars Head was situated on the corner of Roker Lane and Littlemoor and dates back some 170 years, being built by local clothier William Cooper.

For a long time the Boars Head was at the quieter end of Pudsey with only the Horse & Trumpet pub for competition and within what was still a rural setting.

Towards the end of the 19th century, the Alma Tannery was built next door to the pub, to supply Pudsey’s booming shoe trade. The pub had been struggling up to this point, but the change in fortunes allowed the pub to be expanded to the double fronted building that still stands today. When Bentley’s Brewery acquired the pub in 1965, they also extended the building adding its pool room, function room and porch entrance way.

It was one of the last pubs to use the unusual horizontal glass beer pumps, but had closed by 2005. 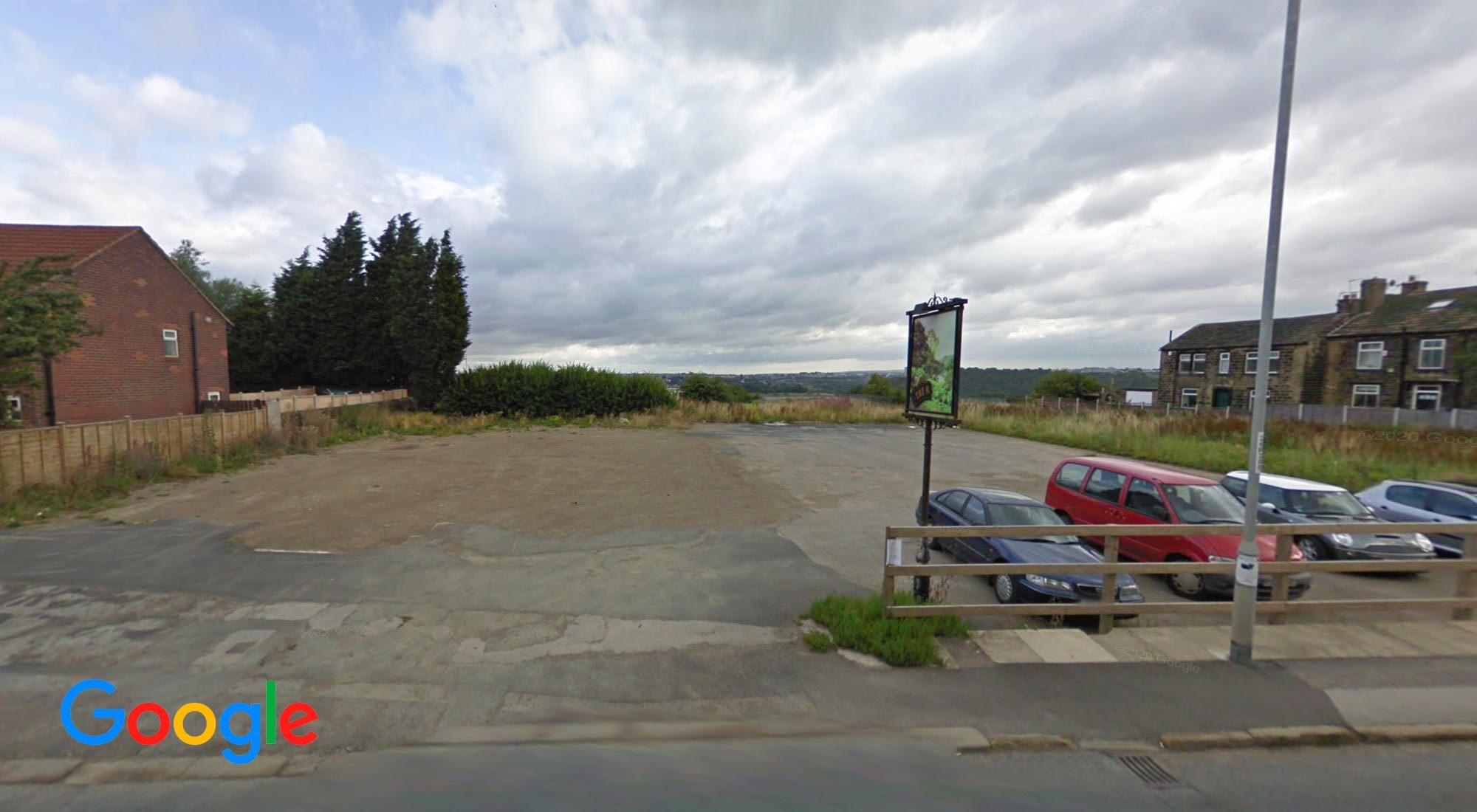 The Weasel (formerly the Horse and Trumpet)

Located on Roker Lane at the top of the climb out of the valley, The Horse & Trumpet pub dates back to 1855 and was originally a miners pub – yes you read that right, a miners pub. The Cockersdale and Tong valleys were mining districts at the time producing coal and fire clay. Mining was a common occupation in Pudsey up until the First World War.

Like many locals in Pudsey the Horse and Trumpet had a thriving off-sales business, their jug and bottle department filling up containers brought into the pub (sustainable packaging – what an idea!). Several past times were popular in the field at the back of the pub including knur and spell and rabbit coursing. The rabbits needed to be caught and the locals used their ferrets to collect them.

‘Weasel’ was the local nickname for ferrets and ferreting a popular past time in what became known as the Weasel Field. Eventually the Horse & Trumpet pub became better known by its nickname “The Weasel”, although the name didn’t officially change until the 1980’s.

This once proud pub is now closed and is no longer in existence – its foundations and carpark left a brownfield site awaiting redevelopment.

Find out more in the 3rd part

Part 3 of Pudsey’s Lost Pubs lands next week! Keep your eye on our website and Facebook page for updates.