Following on from our Pudsey Pubs blog series, the final part of this blog features the fascinating Pubs that are now only a memory. Some have called time recently, others have almost slipped out of mind. There are a lot of pubs here still fondly remembered and sadly missed by those that knew them best. We used to be spoilt for choice with our lively pub culture, so it’s important to support what we still have left to enjoy.

Our final journey in this series takes us up Fartown to visit some of our oldest pubs, up over Owlcotes for a swift one in the Prospect, and back down to the Waterloo, where we take last orders before time is called and the doors close forever. Some of this local history is so old I’ve needed to visit the Parish Churchyard, where can be seen proudly carved on ancient headstones the phrase 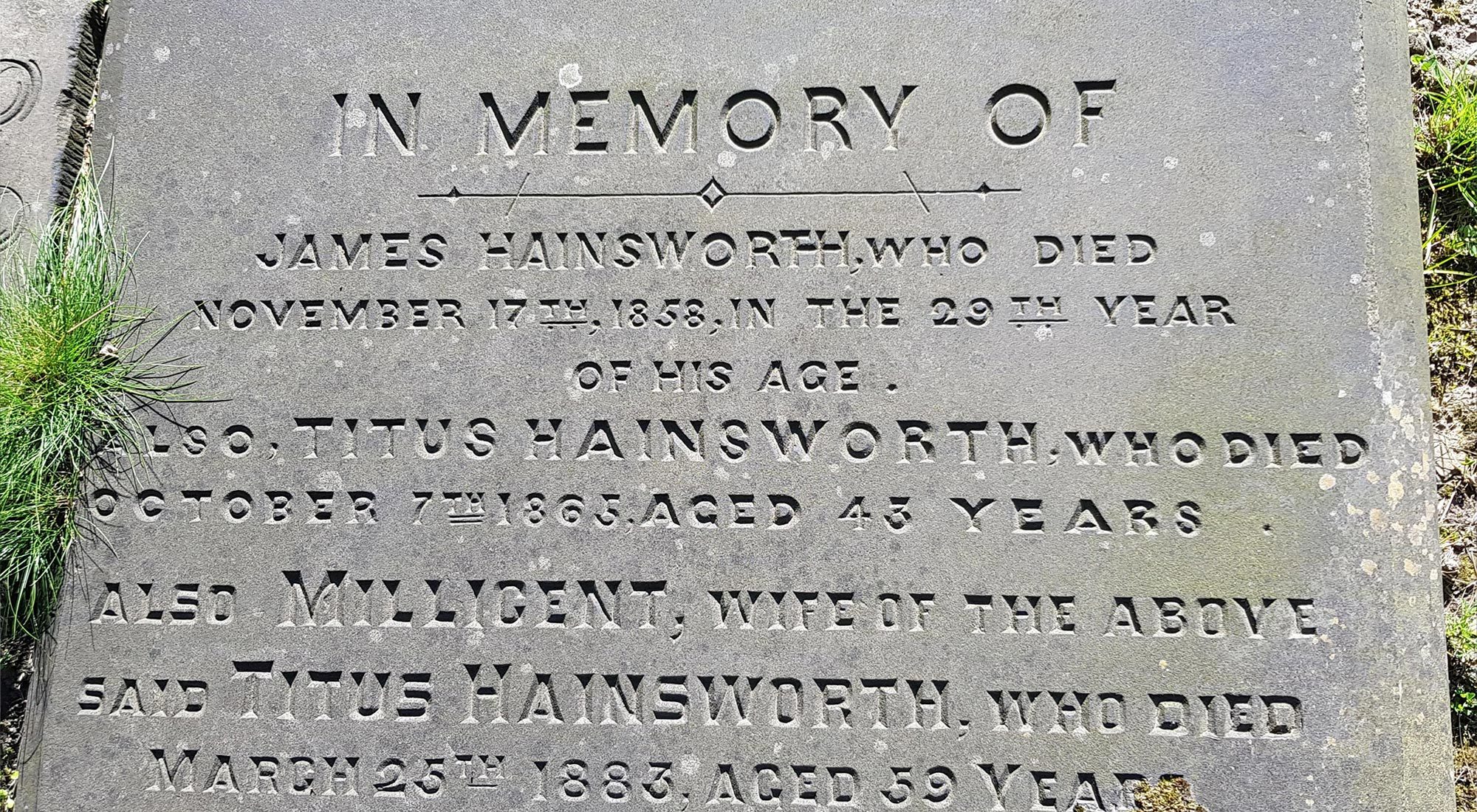 At The Regent we find a Tunnicliffe family connection that also links to other Pudsey Pubs in our series; The Kings Arms, White Horse, White Cross, Travellers Rest and Central.

Pudsey man Titus Hainsworth married Millicent Tunnicliffe, the elder sister of Benjamin Tunnicliffe (Benjamin inherited the Kings Arms on his fathers death in 1840). Titus and Millicent ran the Kings Arms for a couple of years until Benjamin was old enough to take over, the plan had been for Titus to take on the license of the nearby Commercial Hotel. Unfortunately that plan was scuppered and Titus decided to buy four cottages in Fartown, close to The Fleece, for £225 in 1858 and converted them into a beer house, choosing to call it “The Regent”.

Sadly Titus died in 1864 aged only 43, which was a bit of a shame as he was a stalwart member of the early St Lawrence cricket team and something of a character. However his wife Millicent, who no doubt did most, if not all of the work anyway, took on the running of The Regent on her own.

Described as a “stout lass” Milly ran a popular and lively pub with its own micro brewery producing very strong ale – as a consequence the regulars could get a bit lairy after a few pints.

The pub became well known by the nickname “Millys” and Millicent ran the place until her own death in 1883 aged 59. Titus and Milly are buried together in Pudsey Parish Churchyard.

The Regent at the time was described by a local: “I used to call in t’Regent when it were stone floors, it was a right old pub. There used to be a lovely fire in t’tap room – only men went in there. Round the edges there were just wooden benches – basic. Women used to go in this long room at the back, that was straight up seating. You used to pay a penny more if you went in there. It were a homely little pub.” 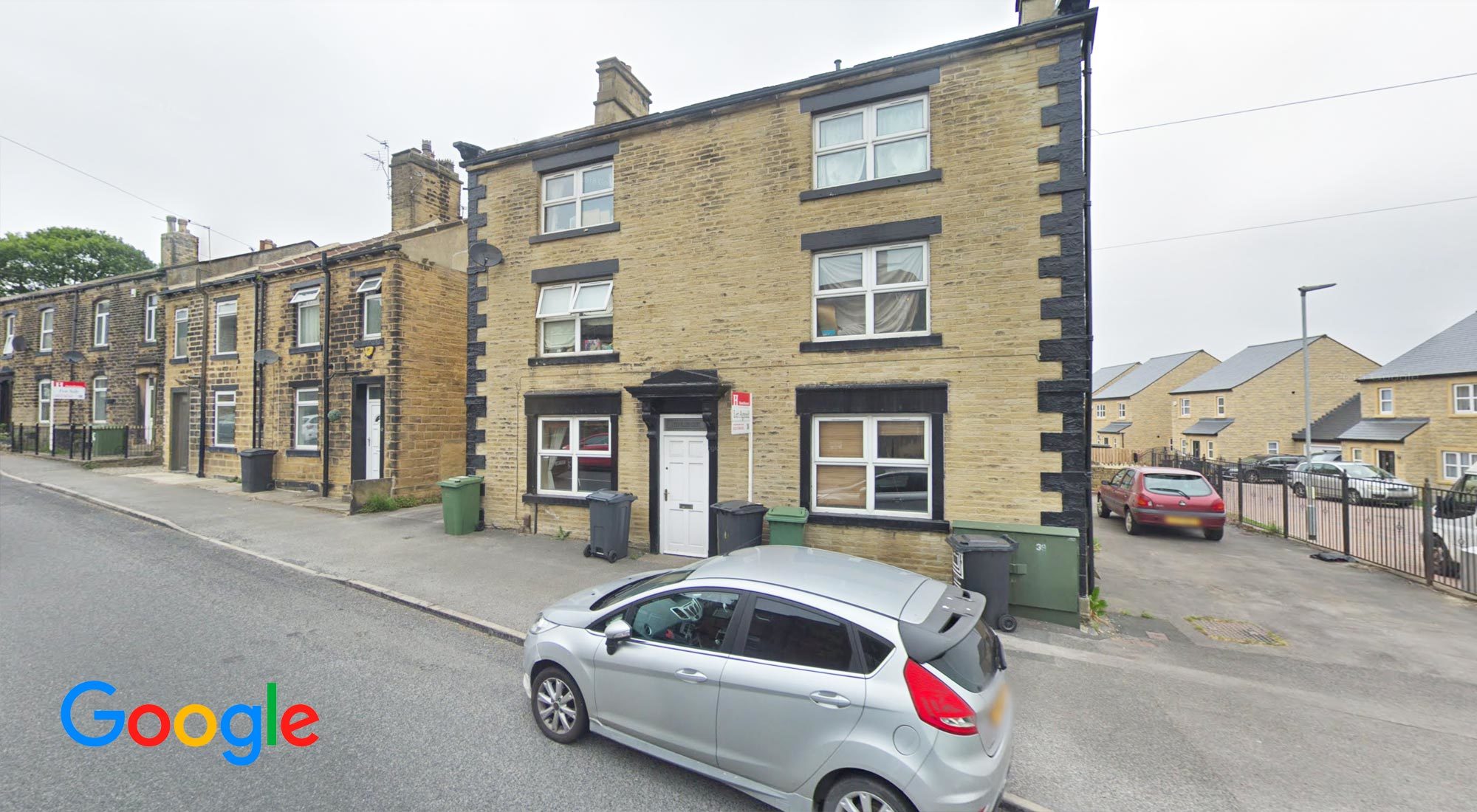 The Travellers Rest at Fartown

The imposing 3 storey Garret House that stands opposite Bankhouse Lane at the top of Fartown,

has origins as a wayfarers inn from the 1780s, and is also similar in appearance to the former Park pub on Church Lane.

Its most famous landlord was probably his son Tristram Moss Tunnicliffe, who despite a peg leg was also the Parish Church organist and school master at Littlemoor.

The Travellers had a bit of a mixed history, struggling due to the decent competition from the other pubs in the vicinity. Its license expired during the 1960s and wasn’t renewed, the only clue now to its past is “Travellers Court” frosted into the glass above the doorway. 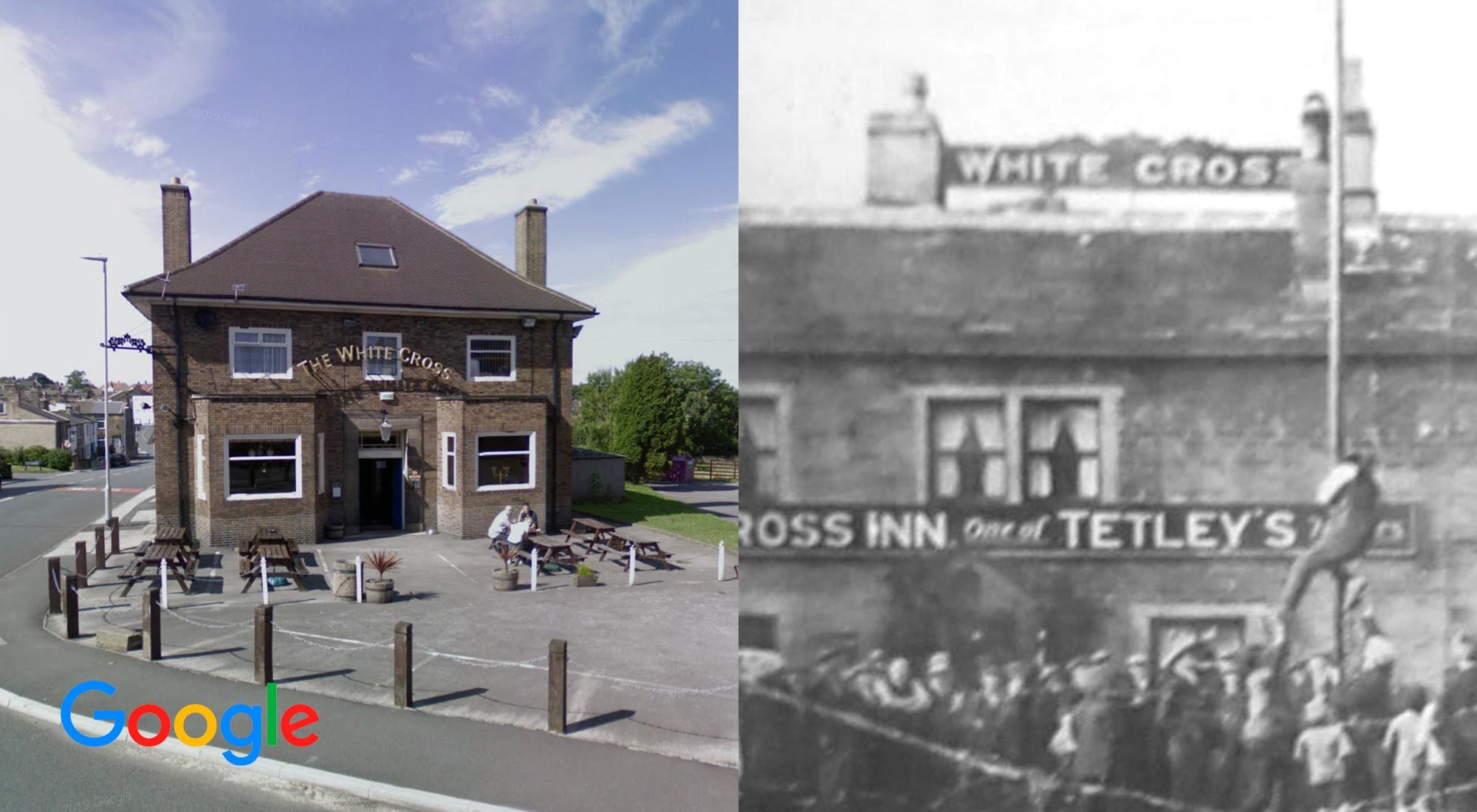 Was Pudsey’s oldest pub the Golden Lion or the White Cross? Unfortunately the White Cross was rebuilt and renamed several times which makes accurately tracing its history tricky.

We do know that formerly on Greenside there was the Angel Inn building, dating back to 1720.

The White Cross is first mentioned in the same locality from 1818, and was proving to be very popular as it hosted a wide range of local societies and groups.

Due to competition from 8 other pubs nearby, The White Cross relied on the strength of its beer to attract customers, notorious for “weakening legs and swelling heads”.

The Cross hosted many public events including the infamous shinning of the greasy pole (for a ham hock prize nailed to the top. In our photo from 1922, this is the original building that may have dated back to 1720).

The old building was demolished in 1926 and replaced with the modern version, that only lasted though until 2012.

Its sad to think back on what we lost when the Cross closed; It had a nice lounge, games room, a big open bar area and served amazing pints of Tetley’s. 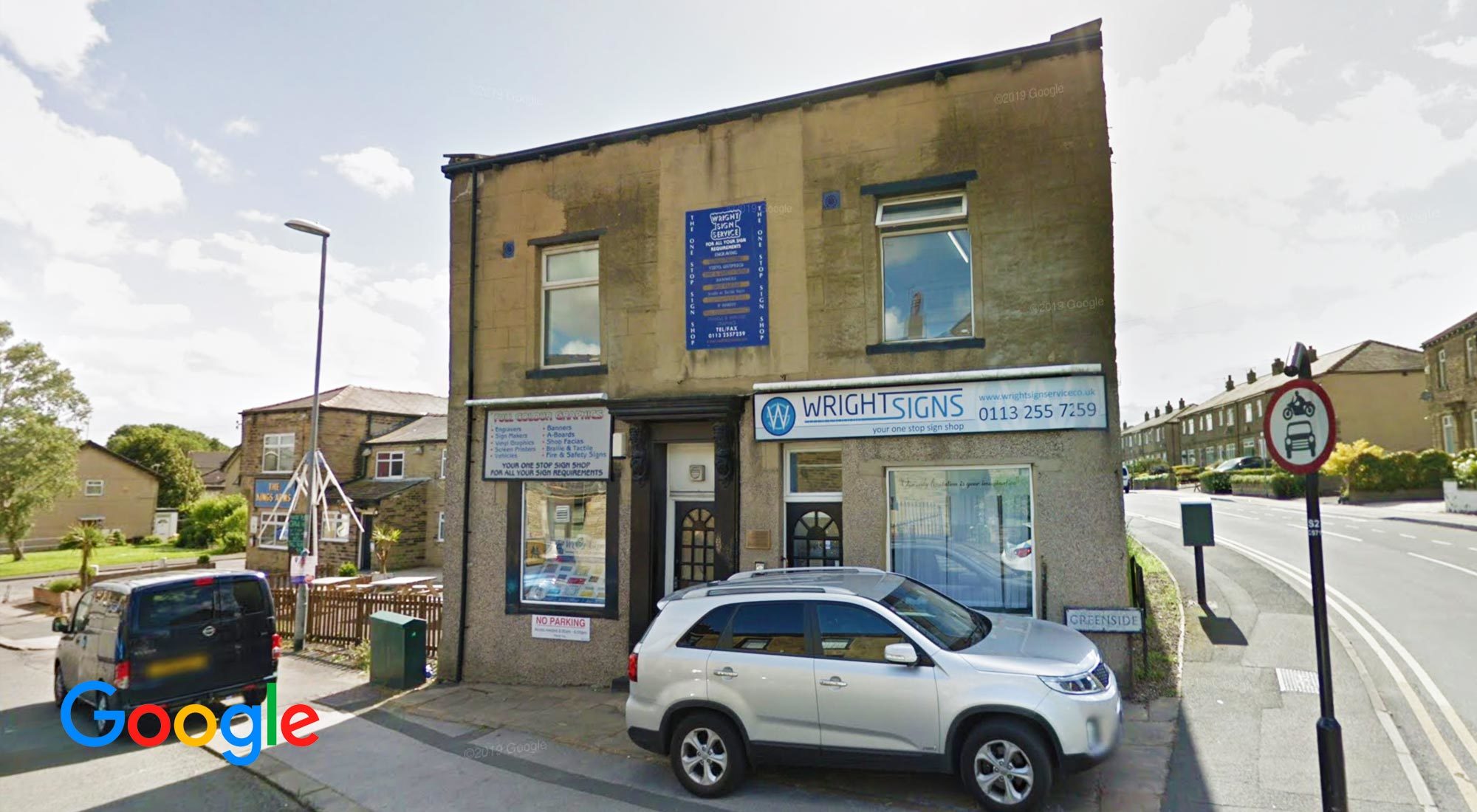 A completely forgotten pub, mainly because it operated as a licensed premises between 1841 to 1908. The Central was on Greenside located in between the Kings Arms and the Commercial, the same building today is now Wright Signs.

For a time The Central was in ownership of Benjamin Tunnicliffe of The Kings Arms, although Ben had a different business plan for it; The Central operated as a Music Saloon and Singing Hall – very popular forms of entertainment from the Victorian era until the arrival of talking films.

By 1908 a deputation of magistrates was sent to Pudsey to asses the burgeoning number of pubs in the Town and shut down any deemed unfit for a license. The nail in The Central’s coffin was landlord William Emsley’s charge of operating illegal hours and being found drunk the next morning! 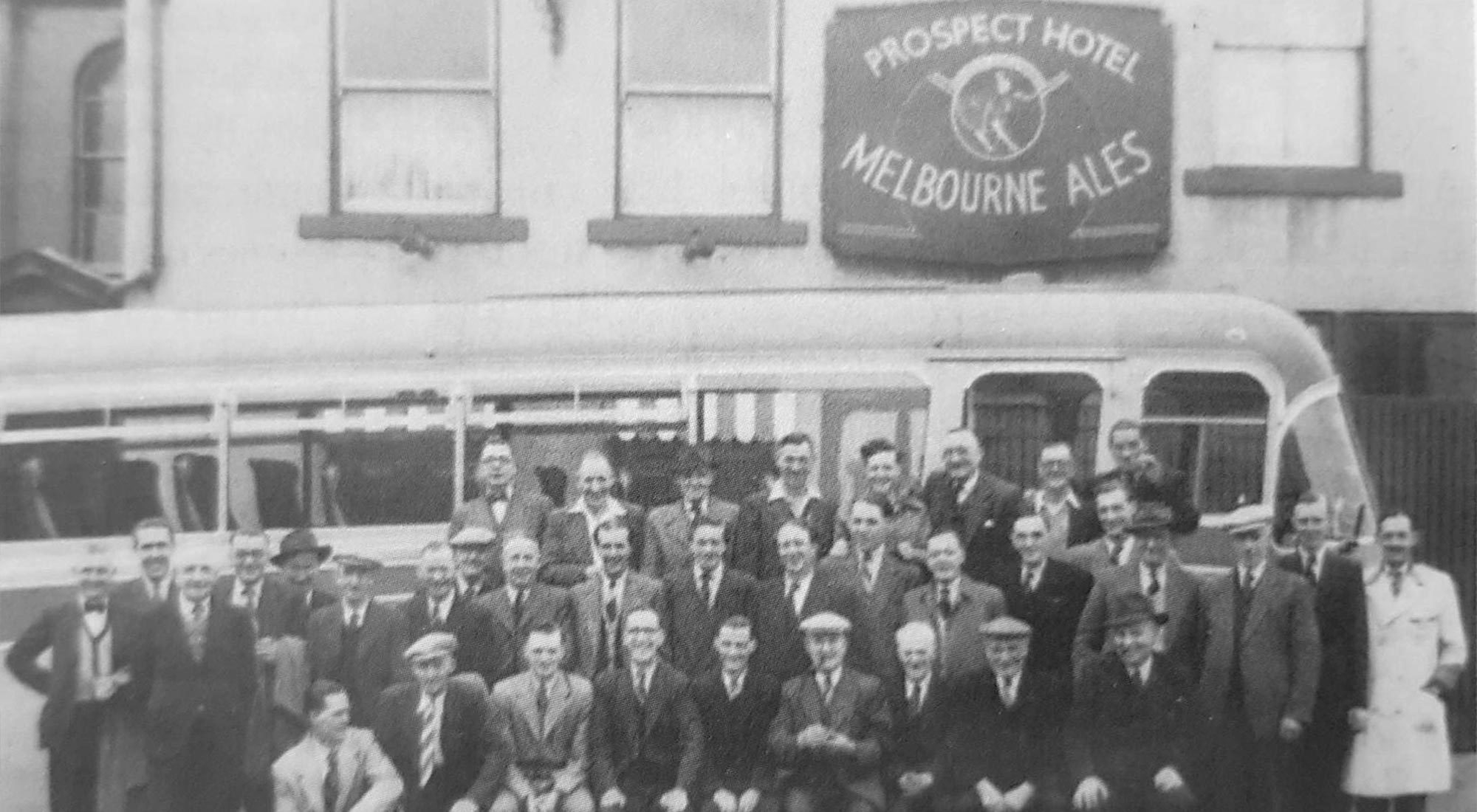 Built by businessman George Lumby around 1870, The Prospect was sited on Owlcotes next door to George’s Mill and Quarry. This presumably in typical Pudsey fashion was to recoup some of the wages that he was paying, that were otherwise being spent down the hill in The Marsh!

The name “Prospect” is fairly common and may have been chosen to associate with the large new mill close by on Back Lane (that would become Wilkinson Warburtons in our lifetimes).

The Prospect sited close to Pudsey’s highest point, required a certain amount of willpower to pop into for a few pints for those who weren’t local to it, though was well worth the effort and served its community well. Our photo shows a pub day out from the 1950s; The Prospect’s regulars with a Kitchin’s coach and driver from the nearby Marsh Garage depot. 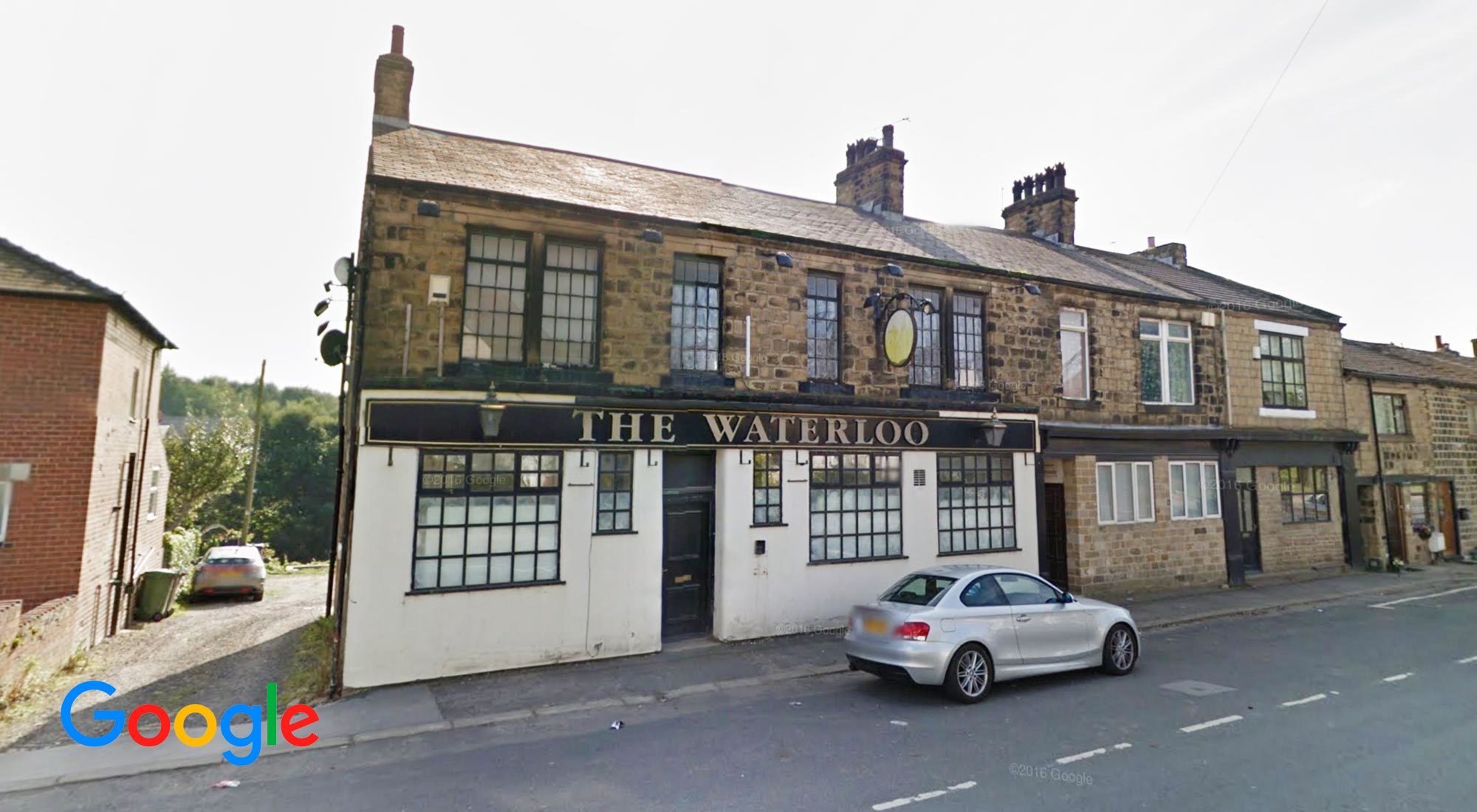 Established before 1845 from a group of cottages and named for the famous victory over Napoleon, the name also granted to the road it was sited on. Like many Pudsey pubs The Waterloo had direct links to its local mill, in this case it was originally owned by James Blackburn of the Waterloo Mill Company.

The Waterloo was noted during the Pudsey Feast week of 1879 for holding sack races and donkey races. The pub got itself into trouble with the Urban District Council in 1895 for being in a “dangerous and unsanitary condition”. However a major refurbishment remedied this and the Waterloo soldiered on, until the recent slump in the pub trade forced its closure. Which was a shame as it was a friendly place that served decent beer.

Keep your eye on our website and Facebook page for future blog posts and history from our resident historian, Damon.