Damon’s History – The origins of the ‘Pudsey Feast’.

The old village feasts used to be a common part of life, and summer feasts an important part of a community calendar. They were a regular event in many Yorkshire towns and villages, the fondly remembered Pudsey Feast lasting up until the 1980’s.

But where did this tradition come from and why is it a feast, and not a carnival or fair? Read on to find out. 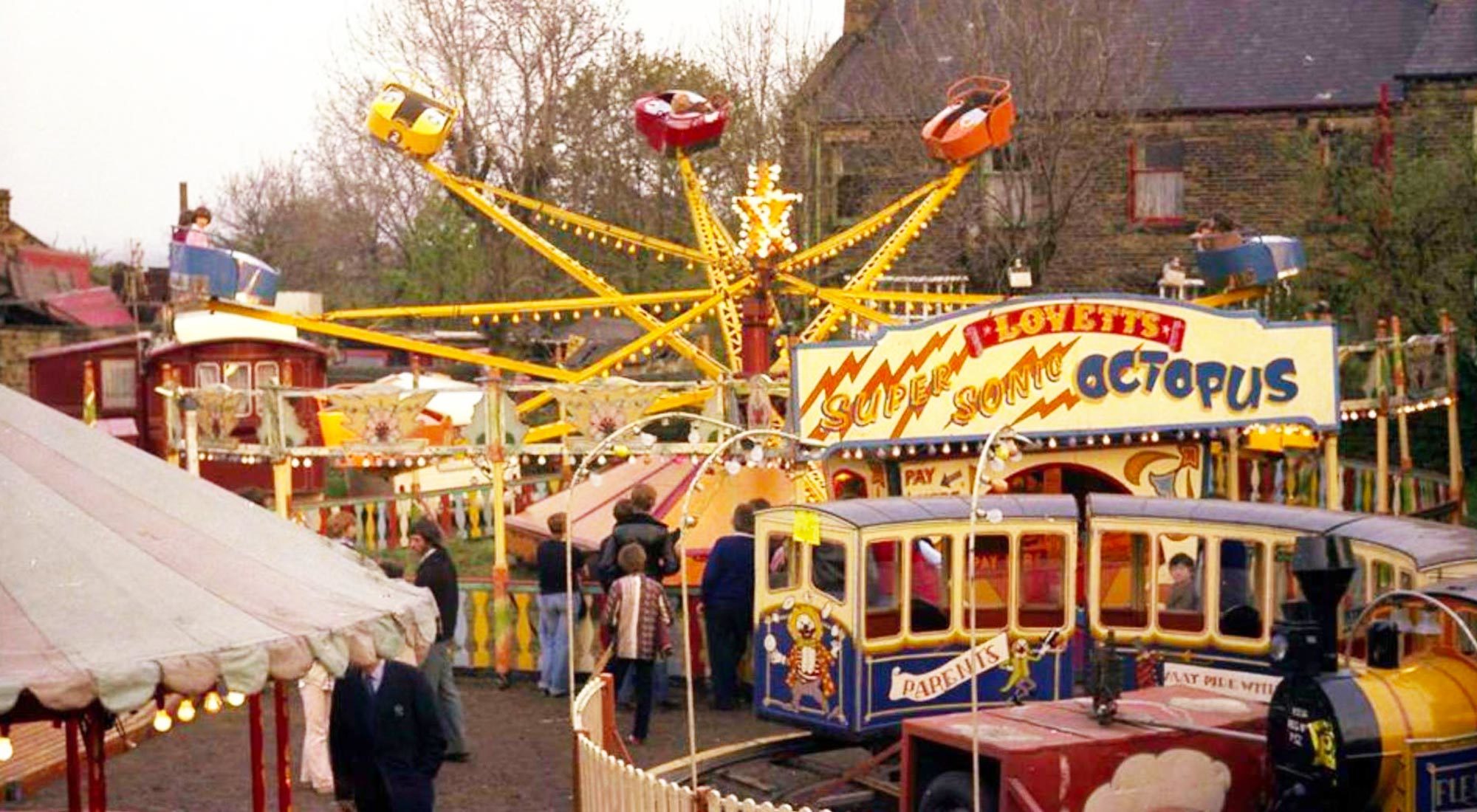 Pudsey Carnival started out at the end of the Victorian era as a fund raiser for Borough Status and took a long time to get established as a regular event. Pudsey also used to have a bi-annual fair which was based around livestock markets.

It’s possible that our Feast has older origins based around ‘Lammas’, a corn festival celebrated on the 1st August. It marks the annual wheat harvest, and is the first harvest festival of the year. On this day it was customary to bring to church a loaf made from the new crop.

A notable custom of the old Pudsey Feast was its hospitality: everyone had an open house where the people would prepare food, and accept all guests in to share it with them. The Feast would last a full week and some years coincided with the old August Bank Holiday (up until 1971 it always took place on the first Monday of August).

Two hundred years ago social life centered on local inns where sports such as cock fighting, dog and horse racing and bare knuckle boxing drew the crowds. Gradually the Feast festivities combined with travelling fairgrounds to give more family entertainment, their arrival creating great excitement in the town. It wouldn’t be Pudsey without some cricket and special matches were also arranged. 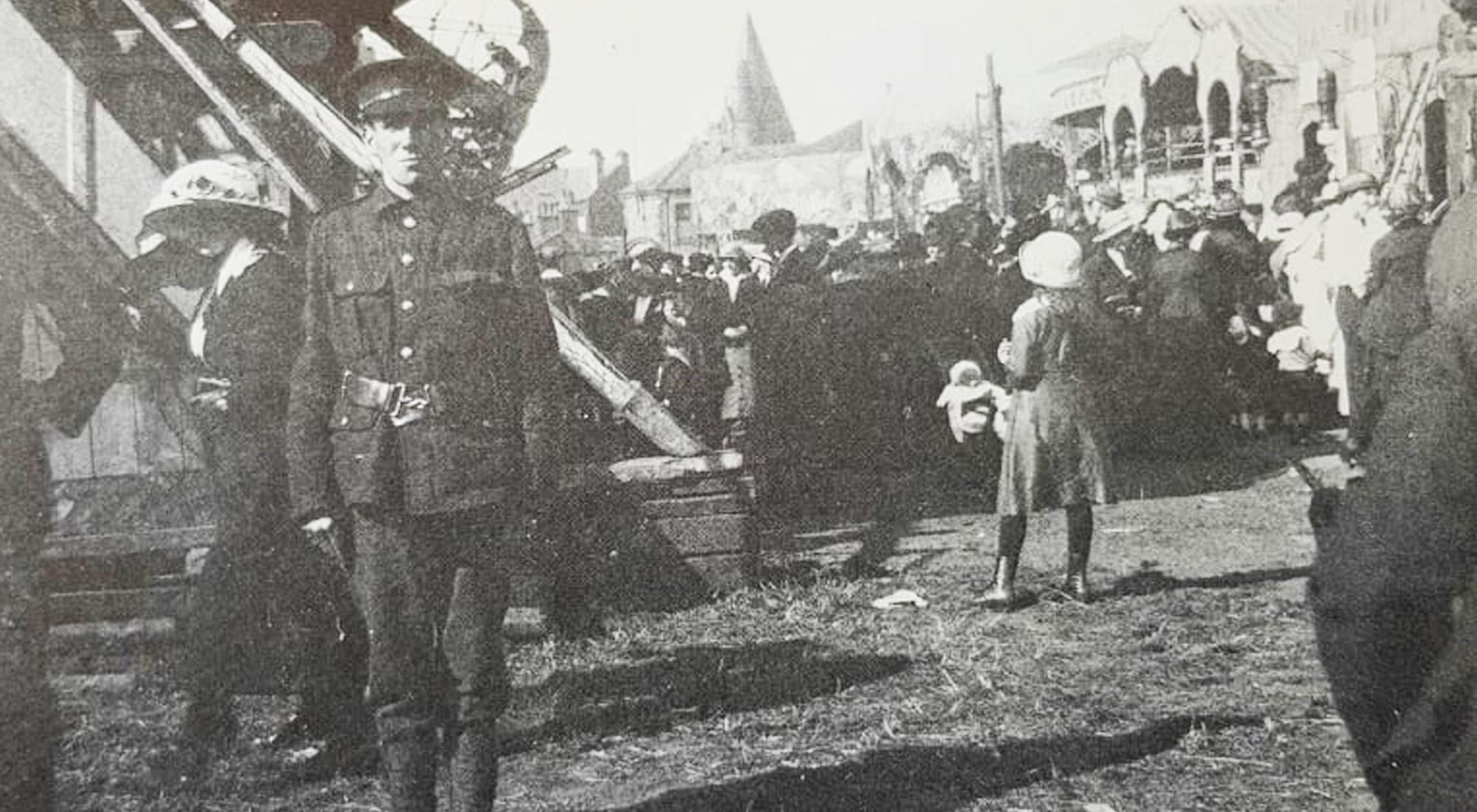 Eating and drinking were formerly the principal indoor attractions with ‘tide beef’, pickled cabbage, Pudsey Feast tarts and home-brewed beer the staple provisions of each household.

“Come in and have a drink o’ tea and a tart” they used to say.

The pubs also kept their own events going, such as the Ivy which had a sheep roast.

The Feast ground has had several sites in the town. For a long time it was held in Lowtown around The Crimbles, until the site was needed in 1880 for the new train station.

It then moved up to the Recreation Ground, this massive open area was perfect for an expanded Feast with its fairground which featured Wurlitzer organs, cinematograph shows, rides like the steam swing boats, Shamrock and the Cake Walk. Famous local entertainers and renowned speakers such as Keir Hardie packed in the crowds from miles around.

In 1928 the ‘Rec’ was converted into the Children’s play park and tennis courts and it was time for the Feast to move home again.

The Feast’s final home was on the old field adjacent Robin Lane which has been developed into Robin Chase. This is probably the Pudsey Feast that we most remember today with its full fairground and all the classic rides, dodgems, candy floss, hook-a-duck and prize goldfish. I remember winning two goldfish when I was just a tiddler myself; ‘Spot’ the Feast goldfish eventually lived to the ripe old age of 15. Happy days. 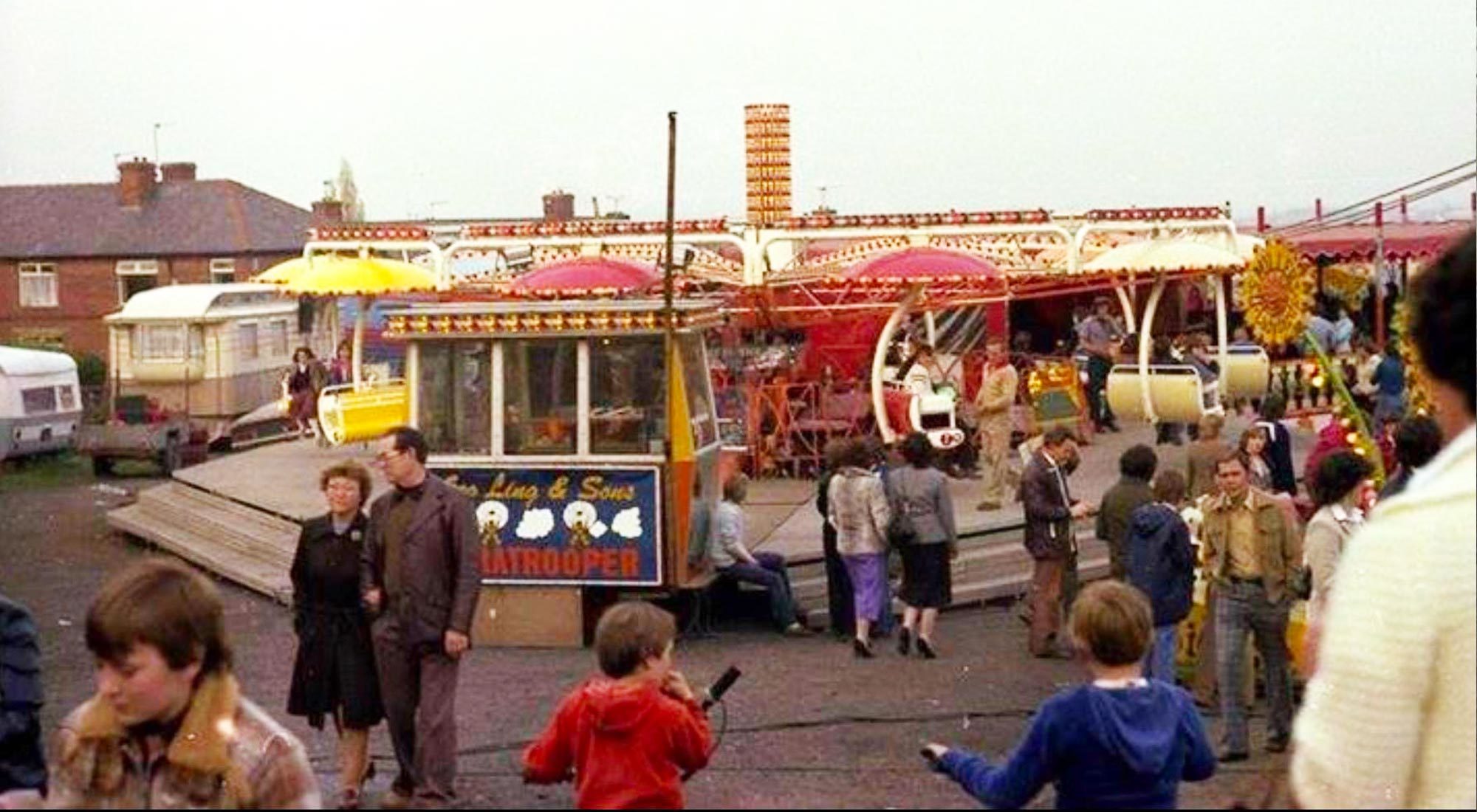 Well its time for a revival – as the Pudsey Carnival Committee have not been able to hold the Carnival due to the COVID-19 pandemic, this year will see the return of the Pudsey Feast for a guest appearance. Not one to miss, mark it in your calendar, Saturday the 14th August on Queens Park, Victoria Road.

We hope to see you there!

The Friends of Pudsey Cemetery & Chapel and the research project www.pudseycenotaph.co.uk