As we enter Autumn and the season of Remembrance, take a moment to reflect on those who gave their lives in the service of our Nation and are buried in War Graves in Pudsey Cemetery.

I get asked a lot of questions about them; what makes them War Graves, relatives eligibility for head stones, and why aren’t they maintained to the same standards as the ones in France? As a volunteer with the Commonwealth War Graves Foundation I can answer some of these and explain a bit about who is buried in Pudsey and why.

Pudsey Cemetery has been in continuous use since 1875, some of its earliest ‘residents’ saw active duty at Waterloo and the Crimea. Their fallen comrades sadly not given war grave status – that was something that started later during WW1 with the formation of the Imperial War Graves Commission.

Our 54 War Graves in Pudsey are in two types; The famous Commonwealth War Graves Commission white headstones and Family graves where a war casualty is buried and named on a Private Memorial (these inscriptions are also monitored and kept legible by the CWGC).

These men (and one woman – 22 year old Dorothy Whiteley) died whilst on active service. Some were brought home wounded others died from accidents or illness – the youngest was only 16.

We also have an incredible 103 Family memorials to loved ones lost in World Wars who are buried abroad – they are named on their family headstones, if circumstances were different they would have been buried together at home. 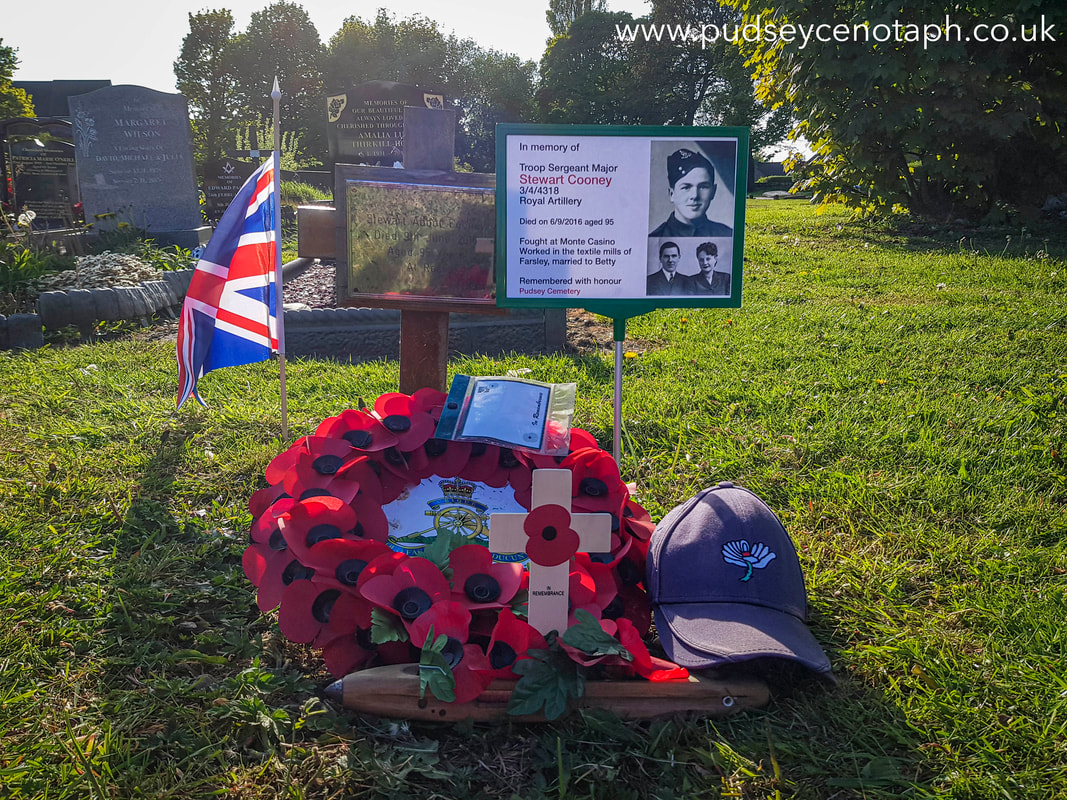 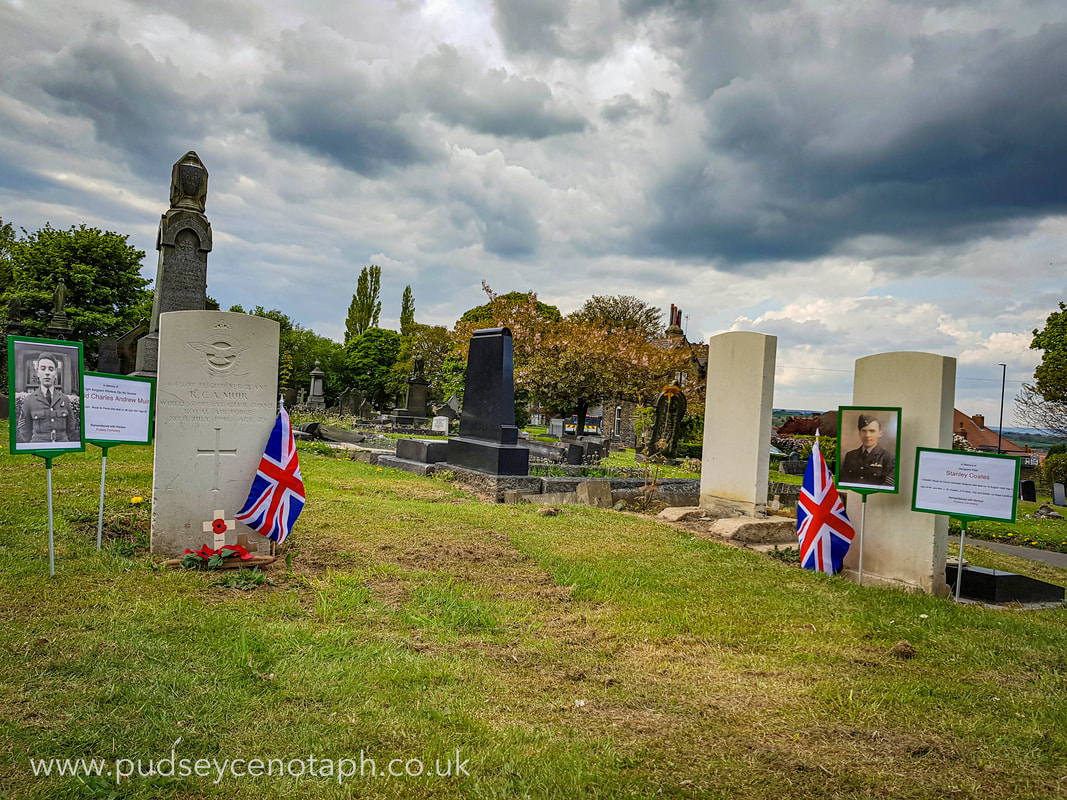 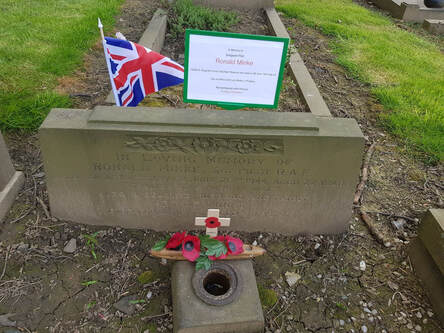 In total more than 185 thousand service personnel of the World Wars are buried in the UK and a further 130 thousand personnel are commemorated on memorials to the missing.

There are many sites around the World where the planting and uniform headstones are a trademark of War Graves cemeteries.

However here in Pudsey Cemetery our war graves are described as ‘Scattered’ – that is they aren’t buried together or in a uniform manner. This is because they were laid to rest in locations chosen by their families – often in family graves scattered throughout cemetery grounds. Individual graves make up the majority of burials in the UK, with 90% of sites having fewer than 10 war graves. In the UK most cemeteries containing war graves will have the CWGC green sign near the entrance.

In the North of England we have just over 45 thousand war graves with over 9 thousand being Private Memorials. Just as with CWGC headstones, under its Royal Charter the commission has a duty to ensure the names on these family headstones remain legible and to this end they are examined every 3 years. The war graves with white headstones are maintained by the CWGC team from Harrogate, the private memorials remain the responsibility of the surviving family and the grounds are maintained by Leeds City Council.

If a private memorial is removed then the CWGC will replace it with one of their headstones – these are carved at the CWGC factory in Beurains near Arras in France.

The CWGC commemorates all British Commonwealth service personnel who died during the two world wars. We use these dates to define the start and finish of these wars, and therefore the scope of responsibility:

Anyone who died in service outside of those dates of responsibility is a ‘Non-world war grave’ – these have notches cut on the headstone and remain the property of the Ministry of Defence, but often the CWGC is contracted to maintain them.

The Friends of Pudsey Cemetery War Graves Action Day is Sunday 31st from 10:30 am until 2pm, we welcome all that would like to help, please bring your own gloves, all kit supplied. We meet by the gate lodge on Cemetery Road.

We look forward to seeing you there.