Hi to all, and a very Happy New Year to you too.

As I’m sure many of our readers are aware, Pudsey has sadly last number of very special and popular people from the local area recently. For my blog this month I wanted to do something a little bit different by putting a blog together to pay tribute to them and their lives. 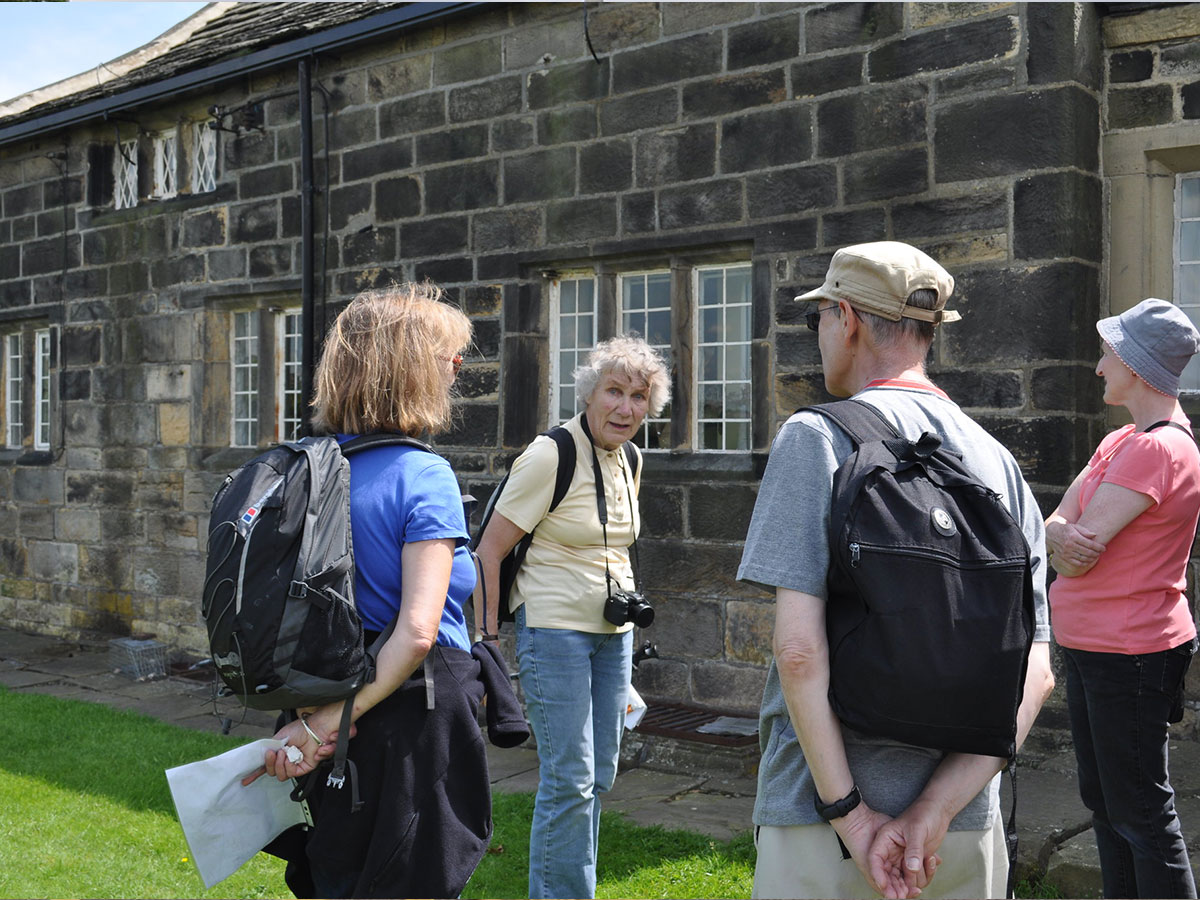 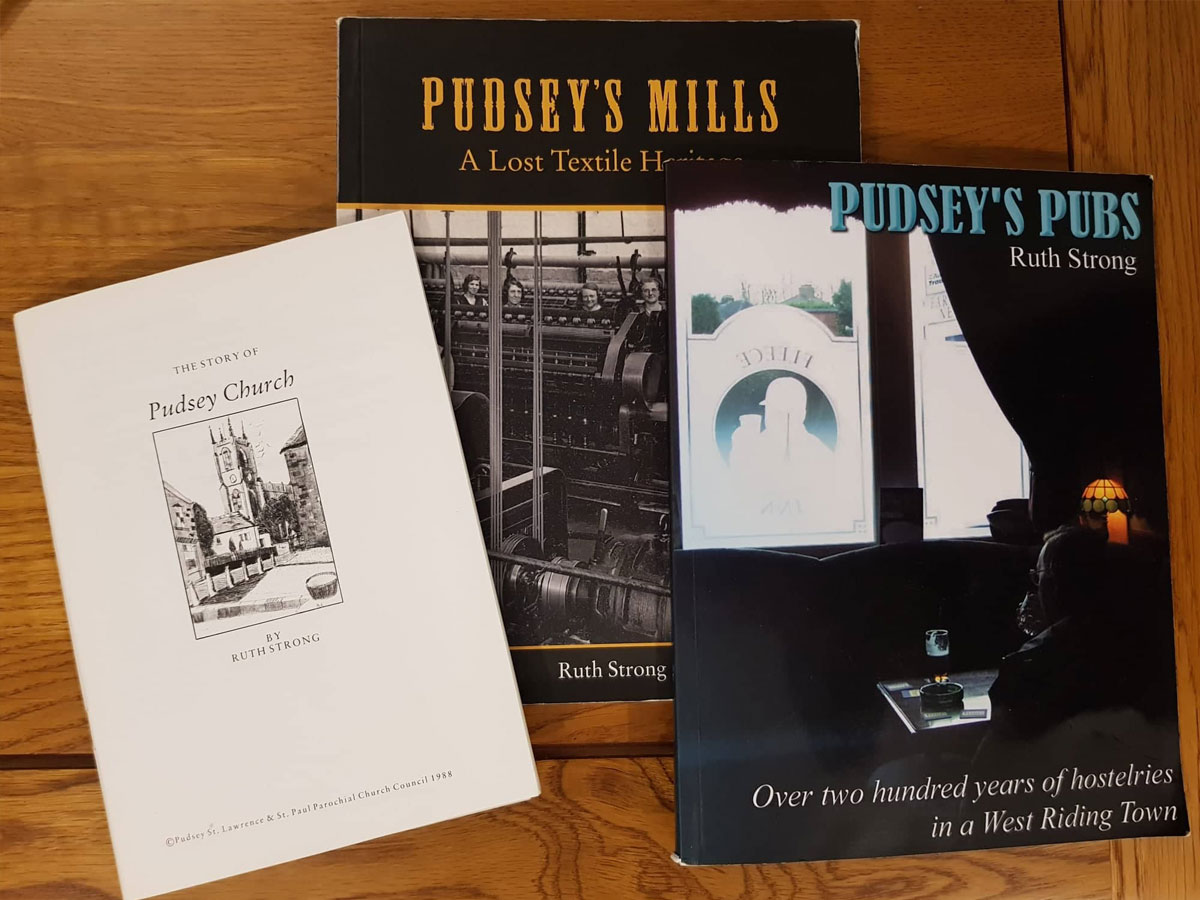 Put simply this blog wouldn’t exist without Ruth and her work. Our understanding of Pudsey’s  heritage through the Industrial revolution into the 20th Century has been shaped and coloured by her writing.

I know many of you will have seen or read copies of her books published by the Civic Society, if you need a reminder of how good “Pudsey Mills a lost textile heritage” and “Pudsey Pubs” are, there are copies free to read in the Library local history section.

Ruth was always a joy to be around, equipped with a sharp mind and an even sharper wit. I once made the mistake of asking her too many random questions, she fixed me with a steely stare and said “I’m not an encyclopaedia you know”.

As well as her volunteer work and research for the Society, Ruth was also engaged in many heritage projects, and was an enthusiastic expert on the history of our notable buildings.

An irreplaceable friend, a great character and stalwart in the Society, Ruth recently passed away peacefully in Sheffield. Our sincerest condolences to Ruth’s family from all of us at MyPudsey and on behalf of Pudsey & District Civic Society, she will be greatly missed. 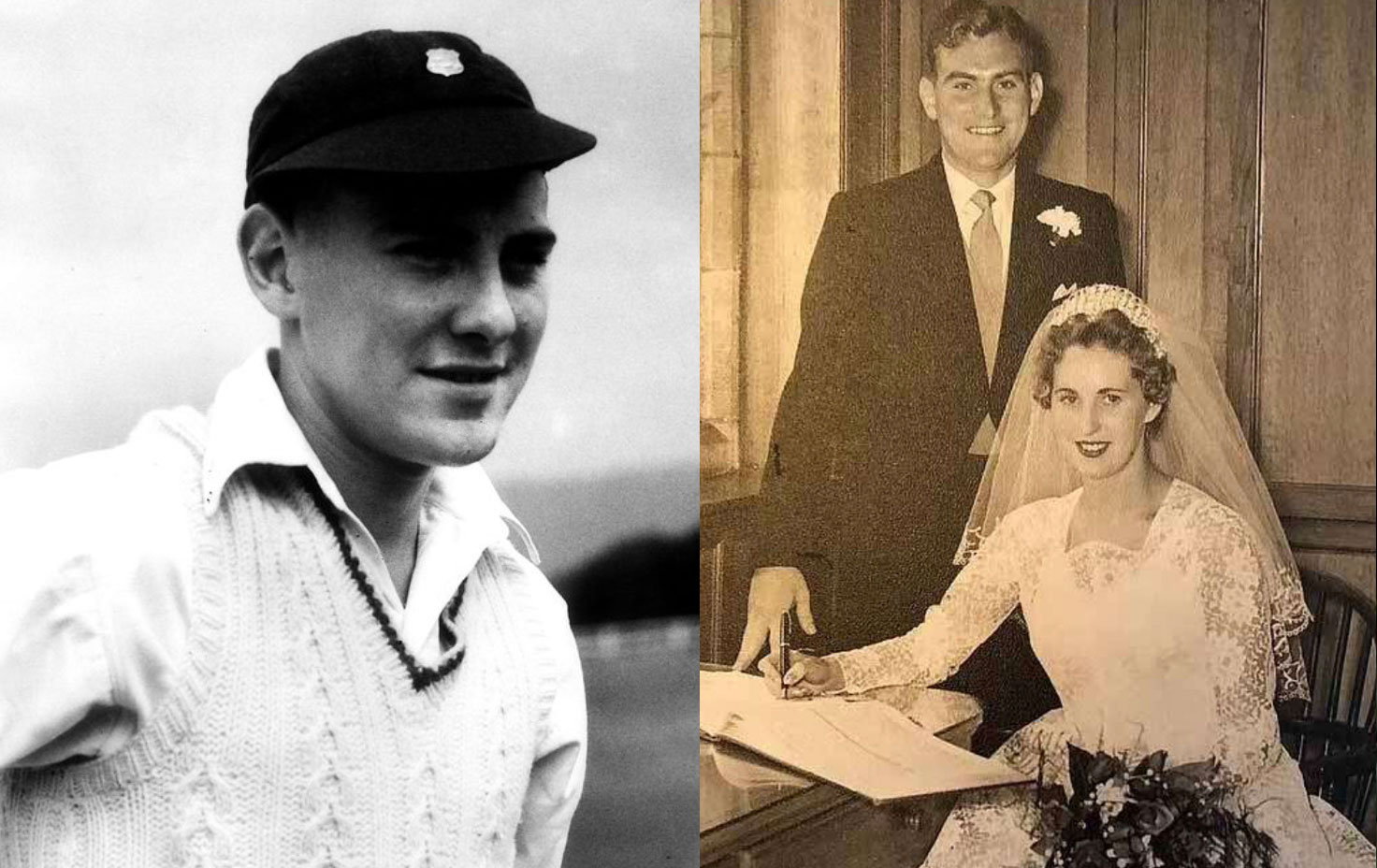 Born in Pudsey, raised in Farsley, made of Yorkshire and a true cricket legend. Ray sadly passed away peacefully on Christmas Day.

Raymond was born in Pudsey on the 8th June 1932 before his family moved down the hill to Farsley. Ray was to meet his future wife Shirley at Wesley Street school Farsley, and they were to later court at the Pudsey Feast before getting married in September 1958.

Starting his cricket on the terraced streets of Farsley, Ray rose rapidly through the cricketing ranks rightfully joining the list of Pudsey’s legends including Tunnicliffe, Booth, Sutcliffe and Hutton.

Playing for Farsley in the 1949 Priestley Cup Final (which was played over a series of evenings), Ray famously started a knock of 148 not out against Pudsey St Lawrence as a 16-year-old, and completed it on his 17th birthday.

Ray Illingworth’s glittering career lasted many years including a three-year stint as chairman of England selectors, after representing Yorkshire, Leicestershire and England. He made 25,000 first-class runs and claimed over 2000 wickets, won seven County Championship titles with Yorkshire and captained England in 21 matches.

His successful time as England captain embraced an Ashes-winning tour in Australia followed by retaining the Ashes at home the following year (take note Joe Root).

Ray’s greatest gift as captain lay in creating the illusion that he had 14 or 15 players on the field: so expertly did he block a batsman’s favourable scoring strokes. Raymond was much helped by the accuracy of his own right arm offbreak spin bowling – a miserly 1.91 runs per over in his 61 Tests. His batting, normally at No. 6 or 7, was built on an orthodox technique and typical Yorkshire determination not to give his wicket away cheaply, which was reflected by a fifth of his innings finishing not out. A dry sense of humour and a fund of reminiscences made him one of the best-liked players of his time.

With the passing of Ray Illingworth, the cricket world has lost a colossus. He will forever have a place at the game’s top table along with the very best in our game.

Along with so many other people, I have lost a great cricketing friend.

It was to his eternal credit that on his retirement from first class cricket that he returned to his first love Farsley, first as a player and then as a club official. No job was off limits to Ray. He tended the pitch, went round the ground on match days with scorecards and raffle tickets.

You name it, Ray did it.

Our condolences to Ray’s family and all of his friends in our amazing cricketing community. 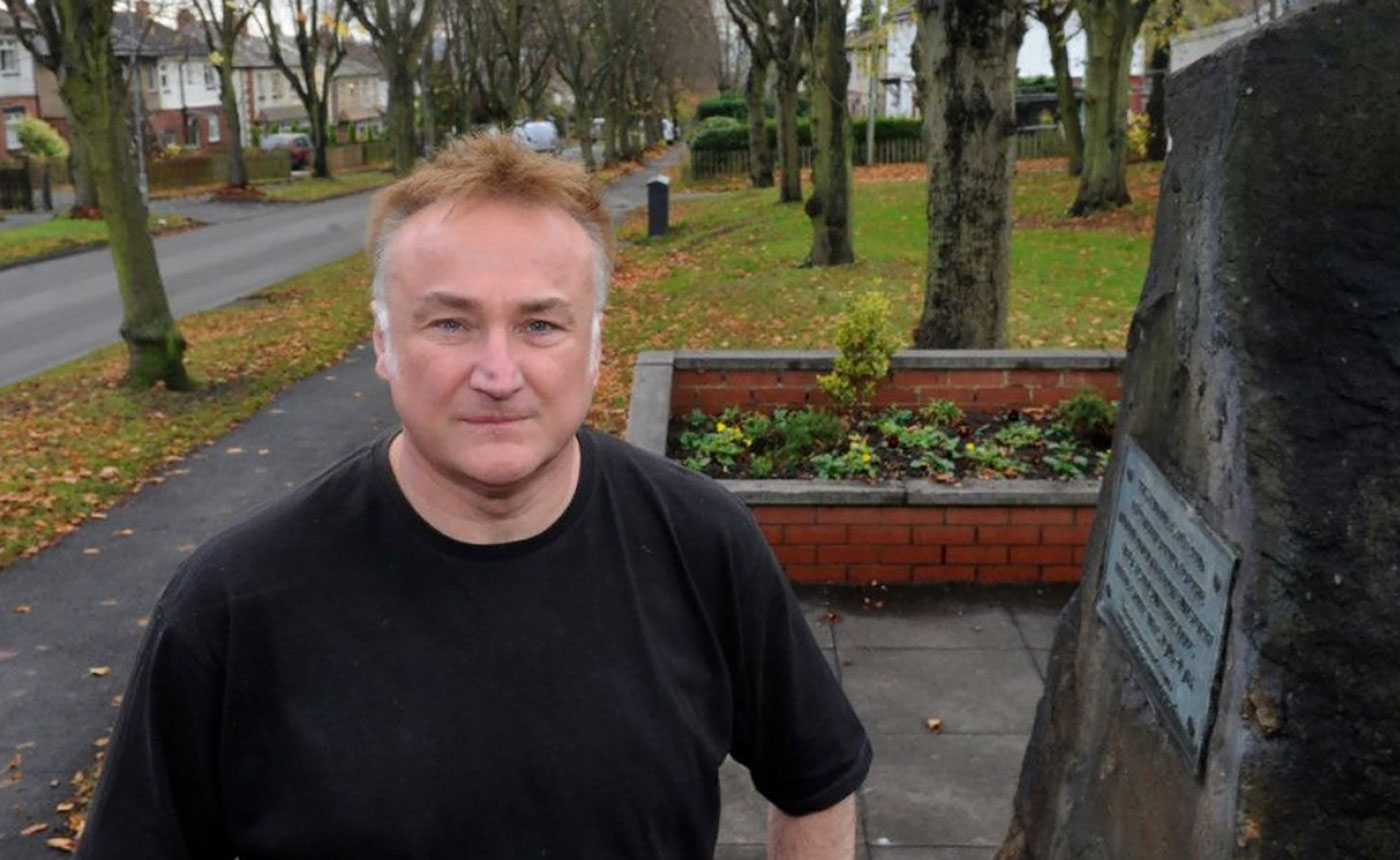 Mark was a warm and very friendly person with a passion for Yorkshire life and history.

A friend and contributor to the Pudsey & District Civic Society, he worked with our former President Jackie Depelle on several books for the Society.

I first met Mark whilst he was project manager of “Horsforth WW1 100 years”: this included adding the names of 46 soldiers from Horsforth killed in action during World War One to the town’s war memorial. This inspired me to undertake the same research for Pudsey Cenotaph, and resulted in over 100 new names being added there in 2018. Mark also told me where to find the Pudsey WW1 Roll of Honour in the Town Hall, which helped with that work.

Our condolences to his son Dylan and family, Mark is a big loss as he contributed so much to our local heritage.

His work can be appreciated on his Youtube channel “Around & about Yorkshire”, this includes the excellent “The History of: Pudsey & District” and the true story of “Ilkley Moor Baht ‘at”

The History of: Pudsey & District Ilkley Moor Baht 'at 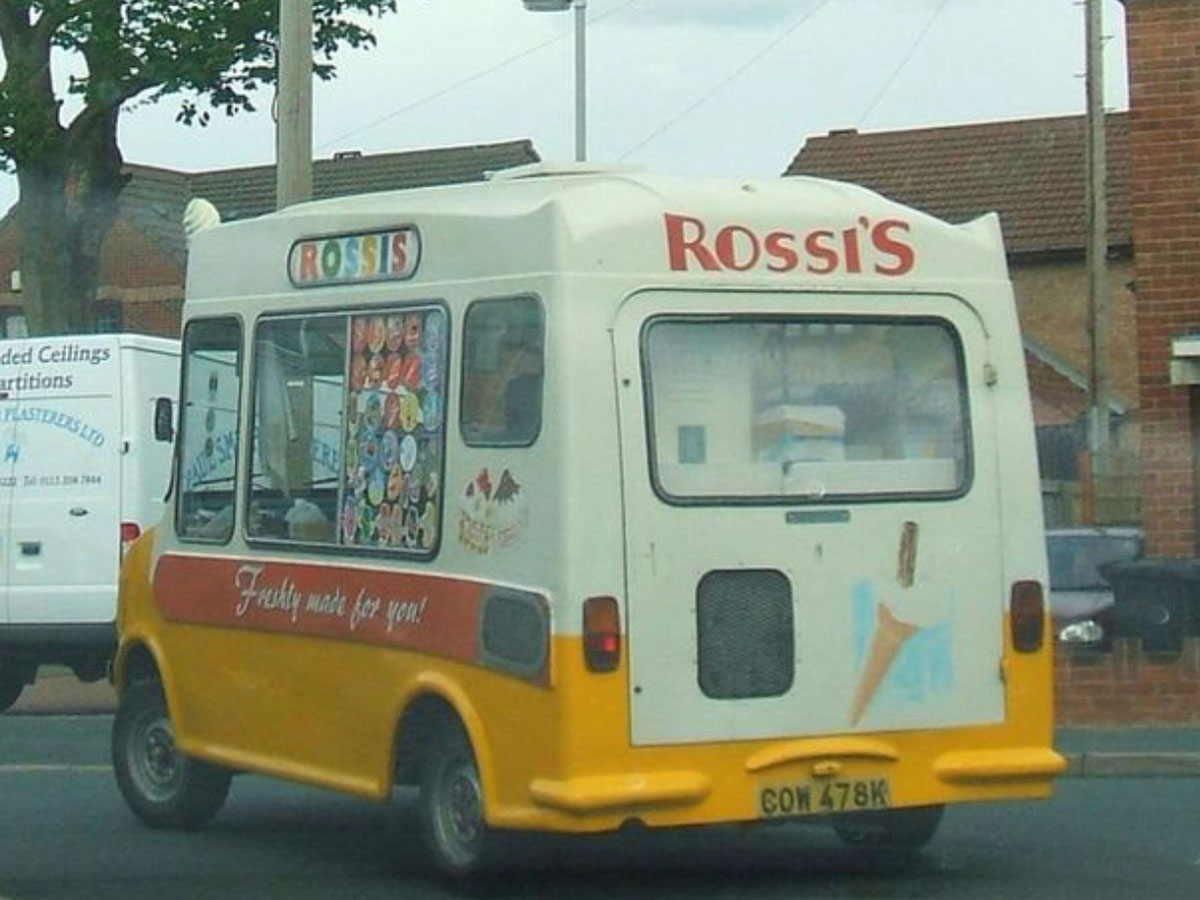 Vittorio came across to England in 1962, a few years later he moved over to West Yorkshire and began selling in the local area.

Come rain or shine Vittorio was always out in his van bringing a bit of Italian sunshine into everyone’s lives.

Sadly Vittorio passed away at the age of 81 whilst in his native Italy.

Son Dario Di Mascio said his father was a “friendly person with a big heart” and that “he would never let anyone go without…he always kept his customers happy. That is the reason why his customers loved him because he was always there.”

“I would like to thank all the customers who supported my dad. You have brought a lot of comfort to my heart at this tragic time.”

Vittorio’s funeral was held recently in Italy, our condolences to Dario and his family from all his friends in Pudsey. 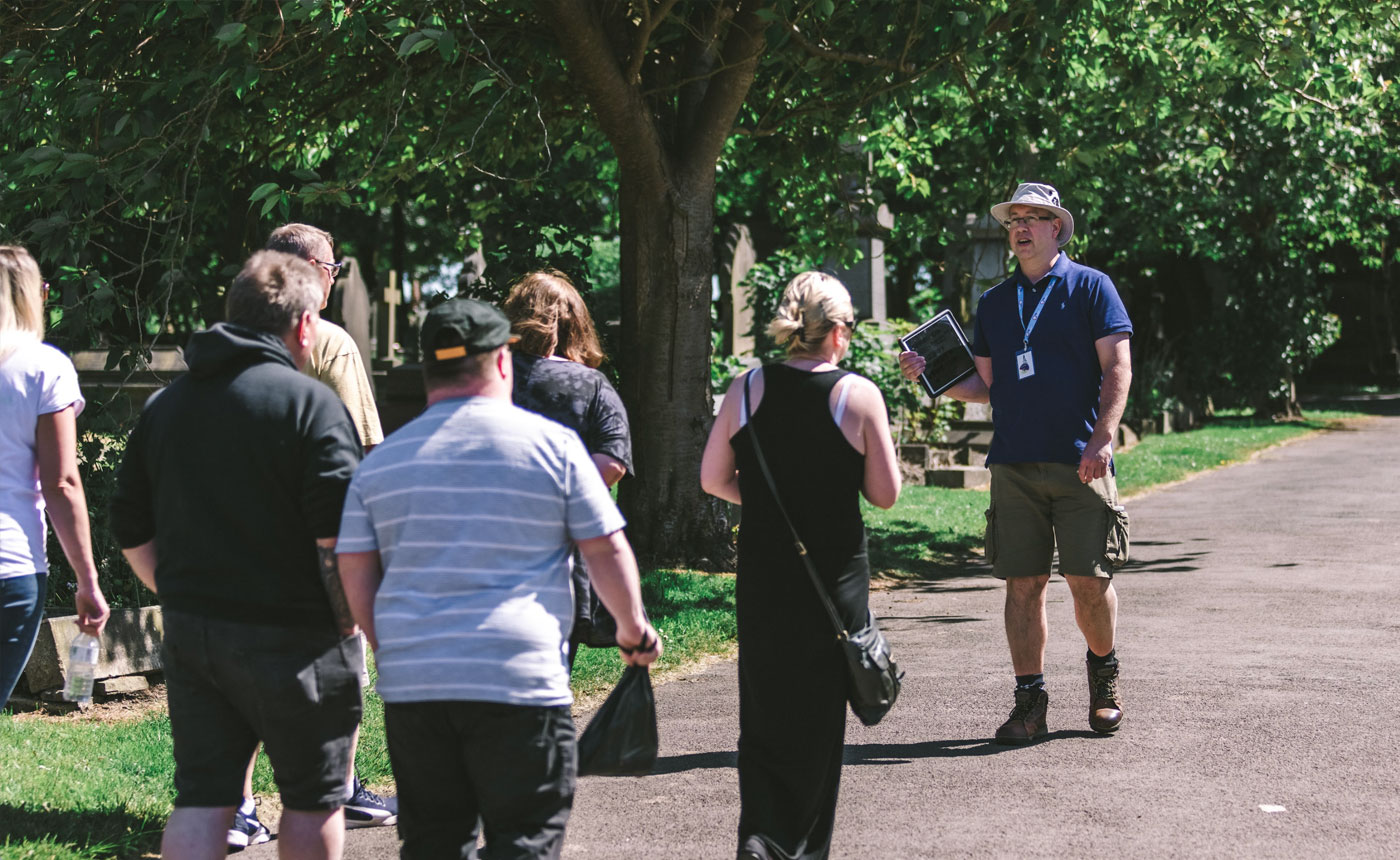 A massive thank you once again for your support of our blogs, and please do keep coming back. In the coming months we will be exploring more of our Pudsey Cricket heritage, life on the old buses, Pudsey Park’s lost bits and secrets, The Pudsey Coat of Arms, an introduction to Fulneck and more tours and walks!